Reliance Anil Dhirubhai Ambani Group (ADAG) on Thursday announced a strategic alliance with Sumitomo Mitsui Trust Bank in which the Japanese bank would pick up 2.77 percent stake in Reliance Capital

Reliance Anil Dhirubhai Ambani Group (ADAG) on Thursday announced a strategic alliance with Sumitomo Mitsui Trust Bank in which the Japanese bank would pick up 2.77 percent stake in Reliance Capital, the group’s non-banking financial company that has interests in financing, asset management and insurance.

The deal, valued at Rs 371 crore and to be carried out via a preferential allotment, will give Japan’s is part of a long-term alliance and Sumitomo may increase stake in Reliance Capital further, CEO Sam Ghosh told CNBC-TV18’s Sonia Shenoy and Latha Venkatesh in an interview.

“India is one of the favourable destinations for Sumitomo and this is a token investment,” he said, adding that Rel Cap will be looking to set up a joint mergers and acquisition desk.

On a question related to Reliance Capital’s insurance business, Ghosh said the firm is looking to set up a separate entity focusing on health insurance and may rope in a partner for the same. 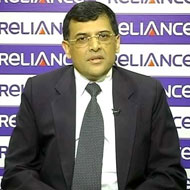 Below is the transcript of Sam Ghosh’s interview with Latha Venkatesh & Sonia Shenoy on CNBC-TV18.

Latha: What is the rationale for Sumitomo buying 2.7 percent stake? The small size is not going to make much of a difference to you or to Sumitomo?

A: If you look at after the visit of Prime Minister Abe to India and Prime Minister Modi to Japan, there has been lot of activity between Japanese companies and they are showing a lot of interest in the Indo-Japanese corridor. We have obviously been in talks with Sumitomo Mitsui Trust Bank for a long time as friends. So what we have decided is that we should have a strong strategic alliance put together and that is what we have actually signed, a strategic alliance agreement together.

This investment by Sumitomo Mitsui Trust Bank is actually a small investment as a token to start this initiative in this alliance between the two of us. To just give you a bit of background on Sumitomo Mitsui Trust Bank, it is the largest financial institution in Japan and the fourth largest bank so therefore a fairly big operation. They have nearly 650 billion plus of assets under management. So they are a very large organisation. They have a large SME and mid size corporate client base which would be looking at setting up operations. Obviously India is one of their preferred destinations so therefore that also helps us.

Latha: Will Sumitomo want to raise over 15 percent, as you yourself said that this is just a token investment?

A: As I mentioned this is an initial investment by Sumitomo Mitsui Trust Bank. The main aim is that how do we work together and the first area of working together is how do we support Sumitomo's clients in India for their lending requirements rather their borrowing requirements and how we can support them on that and that is what we have already started working on. We would obviously like to support them further.

So that also helps the big Japanese clients as well as mid sized Japanese clients of Sumitomo Mitsui Trust Bank to be able to come to India and be supported by an Indian institution. So that is one area of activity.

The second area of activity is where these Japanese companies which want to come to India - they need someone’s support to help them find partners. So therefore this M&A activity also we going to work together on. So we are setting up an M&A desk together jointly. So these are two key areas of focus immediately.

The second area is where they are very strong is the real estate investment trust as well as the brokerage side of real estate and there also we will start some activity.

Therefore the way we want to do this is, they have come in and invested a small amount to show their good faith for signing this agreement between us. We will start some business together and then later on we will look at how we can expand this relationship further.

Sonia: But you still didn't answer the question of Sumitomo increasing its stake enough to a strategic level?

A: As I said this is the first step so in due course we will discuss further. However, at this point this is just as a initial token of good faith that they are committing their relationship with us and vice versa that we will work together.

Sonia: Can you throw some colour on the valuations; don't you think Rs 530 per share is inexpensive valuations compared to your intrinsic value?

Latha: Will we hear about Nippon increasing stake in the life insurance business now that the ordinance is passed?

Nippon Life is our partner in the life company; we would look forward to them going from 26 percent to 49 percent. On the general insurance side we don't have a partner as yet, so we would be looking for a 49 percent partner to come in.

Latha: What about your plans for health insurance now?

Sonia: Are you at all thinking about demerging or listing any entity like life insurance or general insurance?

A: If you look at the life insurance venture or general insurance, they are separate entities under Reliance Capital and they will always remain separate entities. We will have strategic partners like Nippon Life as and when Nippon Life comes in they will go up to 49 percent. Same way with on the general insurance, we would like to bring in a partner up to 49 percent. However, these will be subsidiaries of Reliance Capital.