Developers say one proposed law in the bill has caught them on the wrong foot: the Real Estate Regulatory Bill requires them to deposit 50 percent of funds received from buyers in an escrow account, and which will be utilized only for construction purposes.

The Union Cabinet yesterday approved the Real Estate Regulatory Bill, which calls for setup of state-level regulatory authorities that will strive to bring in greater transparency and compliances and safeguard buyers’ interest in the sector.

But developers say one proposed law in the bill has caught them on the wrong foot. The bill requires them to deposit 50 percent of funds received from buyers in an escrow account, and which will be utilized only for construction purposes.

In an interview with CNBC-TV18’s Reema Tendulkar and Sumaira Abidi, Orbit Corp’s Pujit Aggarwal said that in costly projects where land is pricier (and where construction costs may amount for a small proportion of costs), having 50 percent to kept in an escrow account may be a lopsided requirement.

DB Realty CFO NM Gattu said that in markets such as Mumbai, the norm may complicate matters as typically developers sign revenue-sharing agreements with owners and as such, having to pledge 50 percent of proceeds specifically towards construction costs may be cumbersome. 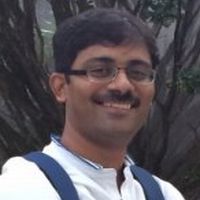 “[Also] typically, construction is basically cement, steel and the finish. But that requires only 20-40 percent of project cost depending on where the location is,” he said.

Reema: Walk us through one of the salient features which is the 50 percent of the buyer’s money have to be put in an escrow account. Can you tell us the current practice at DB Realty? how much of the advance do you put in, in an escrow account versus the mandated 50 percent now and will this result in a cash crunch for the company?

Gattu: On this specific dimension of 50 percent cash flows to be kept in an escrow account, usually in DB Realty or in the industry, in Mumbai markets specifically, each of the projects ties up with bankers and all the money that is received from the customers usually go to the banker’s escrow account.

And from there depending on the stage of construction and requirement of the project, the banker and the company decide as to how much to be retained for them to adjust towards the interest and principle and what is to be released for the project. And usually the bankers monitor through their monitoring statements on a month-on-month basis.

Sumaira: Do you see your cost of capital going up? Are there funding constraints that you face already and could this lead to a further cash crunch?

Aggarwal: As Mr Gattu explained, most real estate projects are funded by banks and 50 percent being kept in escrow for project and construction expenses is a step in the right direction. But for projects where there are no bank loans, there would be certain issues because in a city like Mumbai, where average selling price is between Rs 12,000-15,000 and we have areas where the selling prices are Rs 70,000 and Rs 80,000 a square feet, to keep 50 percent in an escrow will be very lopsided.

We will engage with the regulator and try and bring about a mechanism by which it is not 50 percent but a certain percentage of the ready reckoner value. And those kind of tweakings will have to be taken place and make it more practical.

Reema: So you are basically saying 50 percent for high-ticket homes would be a bit onerous compared to an average ticket size of Rs 12,000-15,000 per square feet?

Aggarwal: That is right.

Reema: While we understand that the typical practice that is prevalent is the projects are funded by the banks and they decide how much money comes in, but can you give us a sense whether the new conditions, the new salient features in this bill are more onerous compared to, based on the earlier practice, what used to be the financing?

Gattu: The point as rightly made by Pujit. This is like asking to describe the Indian political system in one word. It is very difficult to say what percentage [of funds in a real estate project is used for what purposes]. 50 percent across the board specifically to the Mumbai market is a death knell.

Because let’s say, in Bandra or even Andheri and upward areas, we have revenue-sharing transactions where the land owner gives the land for free we develop it give a 50-60 percent share in revenues. In such a scenario, no deal can happen. Because whatever comes in from the customer, 50 percent has to go for construction. My obligation towards the land owner itself is 65 percent. So it is confusing.

Secondly, construction cost in not defined appropriately: whether it will include administration costs, marketing costs, premiums, interest cost, finishing cost. Typically, construction is basically cement, steel and the finish. But that requires only 20-40 percent of project cost depending on where the location is.

Sumaira: But the other part of this is that while there is onus now on realtors or developers, do you think this could delay projects given that there is now one more step or one more clearance that you have to take? There is no clarity on whether there would be any sort of speeding up or accountability from the part of the government as far as something like environmental clearance, completion certificate at least. If those are delayed would that onus fall back on the realtors or the developers?

Gattu: Hopefully these will be addressed because giving responsibility without authority is not going to work and we need to engage with these regulators who are going to get appointed on a state wise parameter, we need to sit with them, understand them.

There have been compulsory changes [recently]: in Mumbai which we have seen 2011 versus 2014, the old development control regulations (DCR) and new DCR. So suddenly, they said balconies will be counted in carpet areas. Now I have constructed half the building, and balance half I have to forego with the balconies. So now do I have to go back to my customers and take their approval to modify their plans? If it (law change) is put up onto us? Now the new development plan (DP) has come. Now whether it is, when it is going to get effected, whether it will be retrospective, what happens to those projects which are under transition etc.

So at that point in time, who will bear the responsibility of going back to the customers getting the approval, will I be having a blanket cover to change it? Because there are multiple state agencies and central agencies out here who will impose their conditions on projects. It needs to be understood because ultimately it is said that if there is any change and if you are not complying with the regulation’s standards, then I will be left in the lurch at the end of the day. There are penalties already defined but what do I have to do for events in my control or beyond by control needs to be looked at.

Aggarwal: Before I answer that, I would just like to take you through the three-four salient features of this regulatory bill which is important for us to understand. First of all what they are saying is that every real estate developer, every project and every realtor -- even a broker -- would need to be registered with the regulator.

Second, what they are saying is it covers residential and commercial real estate. Third they are saying that there would be penalties, fine and going up to prosecution in case of a: lack of disclosure, b: incorrect disclosure and c: delays, etc. Now, having spoken about the salient features of the bill, I would like to answer your question which is that yes, pre launches would get affected, but it is again this bill is a step in the direction for transparency for quicker turnaround of projects.

So, to that point, yes, it is important to have the approvals in place and having got the approvals in place then you can start selling. In the last two to three years, we have seen in Mumbai specially, that have hardly been any pre sales. So, given that the market trend continues this way and given that the regulations now are moving in that direction, I do not see much of an effect from hereon.

And second is that the government is talking about an equal and a leveled playing field, but that is not coming out as what Mr Gattu has explained quite deeply in the previous answer. So, we need to look at that very critically because these are complex issues and one cannot just wish it away.