Patanjali Swadeshi ads: 'Everything fair in love and marketing'

In its latest advertising campaign, Patanjali has raked up the Swadeshi feeling by comparing the MNCs' to the erstwile East India Company

Baba Ramdev's Patanjali Ayurved has taken the fight with multinationals to a different level.

In its latest advertising campaign, the company raked up the Swadeshi feeling by comparing the multinational companies (MNCs) to the erstwile East India Company.

Through the ad, Patanjali delivered a below-the-belt blow on its bigger global rivals even as it raised concerns over whether it went against the spirit of the free market economy that India strives to become.

In an interview with CNBC-TV18, brand consultant Harish Bijoor said Ramdev had stirred the "marketing pot" but added that that everything was fair in "marketing and war".

"Ramdev is a clever marketer," he said. "He is using it (his company's local credentials) to his advantage and the marketing fun has just begun." 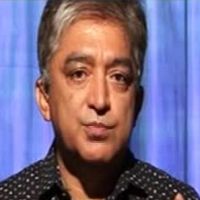 Below is the transcript of Harish Bijoor's interview to CNBC-TV18's Priya Sheth.

Q: Patanjali has recently launched their Independence Day ads and has directly targeted MNCs like HUL, Colgate as well as Nestle. How do you view these ads playing out?

A: If you look at Patanjali and if you really look at Baba Ramdev, I think he has stirred the marketing pot so to say. I do believe Ramdev looks at the astra that he has in marketing and one of the biggest weapons he has is the fact that Patanjali Ayurved is a desi company not that others are not. So, he has used that to his advantage.

I very frankly believe that in love and marketing everything is fair. As far as Ramdev is concerned he has used a weapon. Now you will see reactions to that use.

Q: You are saying this at a time when ad regulator Advertising Standards Council of India (ASCI) has raised the red flag against Patanjali's ads. The company has said that they have been receiving one notice a week, do you think this is justified?

A: ASCI is an old body. ASCI is a body which has been founded with an ethos and a set of norms. So, ASCI will follow that ethos, ASCI will use the set of norms and ASCI will look at advertising and possibly say that we are a body which will define what is okay, what is not okay and if we say something is not okay you jolly well understand that. So, ASCI is well within its rights to say exactly what it is saying. However Ramdev is being aggressive on that stance. I think he understands very clearly that if he can reposition ASCI as a body which is with the multinationals then he can reinvent yet another body maybe which is with the Indian companies so to say.

So, Ramdev is a very clever marketer and he is using it to his advantage and the marketing fun has just about begun.

Samsung Galaxy Note 10 Lite launches in India today: All you need to know