172@29@17@242!~!172@29@0@53!~!|news|business|companies|no-take-or-pay-clausenew-contractrasgas-petronet-1052052.html?utm_source=ref_article!~!news|moneycontrol|com!~!|controller|infinite_scroll_article.php!~!is_mobile=false
Uncover the potential of active and passive investing on 6th October at 4pm. Register Now!
you are here: HomeNewsBusinessCompanies

No 'take or pay' clause in new contract with RasGas: Petronet

The natural gas price will be linked to the market till 2028 and under this new agreement the oil price will be based on a three month average unlike the earlier five year average and this revised price is effective from January 1, 2016.

Long term renegotiation with RasGas has come across as a major postive for oil and gas supplier Petronet LNG as the purchase price has come down to USD 7/MMBtu from USD 13/MMBtu.

The natural gas price will be linked to the market till 2028 and under this new agreement the oil price will be based on a three month average unlike the earlier five year average and this revised price is effective from January 1, 2016.

Prabhat Singh, MD and CEO of Petronet told CNBC-TV18 that there is no "take or pay" clause in the renewed contract and an additional one million tonne will be bought from RasGas per annum.

In the interview he further said that demand from gas based thermal plants will increase going forward and the company expects to complete its capacity expansion by the end of 2016.

Below is the verbatim transcript of Prabhat Singh's interview with Latha Venkatesh & Reema Tendulkar on CNBC-TV18.

Latha: Take us through the renegotiation. You get the gas now at half the price but how does it proceed for the rest of the year. Is it now linked entirely to the market price?

A: From January 1 we have been able to negotiate the price and earlier, say on December 31, 2015; it was around USD 12 plus and now at this point of time it is hovering around USD 7. So effectively it is there and it is linked to the market price. It is going to vary with the crude oil prices but it is very much contextual to the current market price and this is going to remain not only in this year but till 2028, the time this contract term is.

Latha: Are these the contract terms - 1) instead of your buy price being an average of five years, it will be an average of three months 2) you are not going to be penalised if you took lower and you have agreed to take a larger amount of gas?

A: On the first part since it is a commercial kind of an arrangement between these two companies, so I would rather hold my comments on the exact detailing of that but nevertheless the trend, you are saying, is towards the direction you talked about. Therefore, earlier when we had something linked with a formula which was slightly linked to a backstop of a year and a five year thing, on a complicated basis we had done that but going forward it is much more to the market trend and this particular thing you are saying about the volume being not taken etc, in 2015 we had taken nearly 38 percent of the volume less, so effectively the issue is that for that we had a clause in the contract which was talking about the takeover pay but now the negotiation has happened in such a manner that there is no takeover pay but nevertheless this volume, contractually RasGas has agreed and we are also committing to them that towards the balance term of the contract, which is up to 2028, we would draw this volumes which is around 2-2.5 million tonne of LNG effectively. The new volume we are talking about yes, earlier we had a contract with RasGas which was for 7.5 million tonne. Now we have signed one more million tonne and therefore on combined basis we have a contract with them for 8.5 million tonne.

Reema: This in combination with your capacity getting expanded at Dahej, so what will be the total volume Petronet LNG will have in this fiscal year and calendar year?

Latha: At current prices of gas that you supply in the domestic market, is your demand increasing. Are power producers for instance finding it viable?

A: Yes definitely because earlier when we were buying gas from the market - a) the long-term contracts were around USD 12 plus even in the spot market, which we were getting was getting USD 8.5 or so, so effectively the price has come down to USD 7 and every dollar increase in a way on the operating cost, gives a difference around 50 paise. So whatever the government has done on the power pooling, where they are giving Rs 1.5 of subsidy in the whole process, it will get affected because there will be 50 cents or even more because if today if you look at, the price of gas would be USD 38 which is the crude price today. It will be hovering around USD 6-6.5 or so. So I am saying that it is attractive and it is making the power pooling much easier and therefore, the government subsidies are going to go down and while on this not only the power even the fertiliser is having advantage of this. So I am sure and upbeat that the demand is definitely going to go up.

Reema: I believe the company's second long-term LNG contract, which is a volume 1.44 mmtpa with Gorgon in Australia is set to commence from the middle or end of calendar year '16 and the terms of this particular contract with Gorgon are not as attractive as you renegotiated with RasGas. So are you going to be in conversation with gorgon to renegotiate your second LNG contract of this volume of 1.44?

A: I think whatever the market demand, we would go. We have broken the ice once and we are confident that we may be able to break the ice next as well.

A: We are more of regas terminal operators, so we will be happy if our terminal operates at more than 100 percent capacity, but there are other terminals like Hazira, Dabhol which is also operating not truly at their own capacity. Kochi is something which we are grappling with because the pipeline connectivity is not there but I am sure that once the pipeline connectivity happens then Kochi also will be running at full capacity but till that time when Kochi doesn't come up, I am sure that even the other terminals Hazira and Dabhol because anything over and above, like today India is actually consuming nearly 14 million tonne of LNG a year whereas our nameplate capacity of the terminal is 10 million tonne. So we have been drawing 12 million tonne, so there is another 2 million tonne which is coming from elsewhere. So, I am sure that Hazira and Dabhol etc would also start running at full capacity. 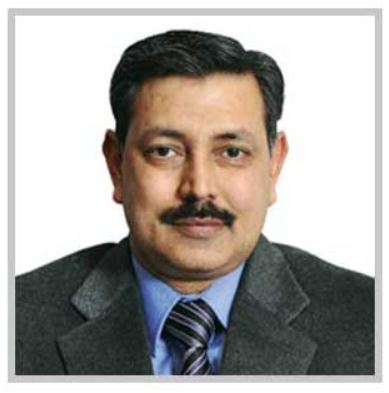