No issues with Spicejet apart from minor delays: City Union

City Union Bank is one of the lenders to the beleaguered airline Spicejet, N Kamakodi, MD & CEO of the bank feels that falling oil prices will be margin positive for Spicejet.

Spicejet's lenders are currently discussing options for securing their exposure to the cash-strapped airline after DGCA’s report. The regulator has given the airline time till December 15 to come up with a plan for covering their past dues.

Speaking to CNBC-TV18, N Kamakodi, MD & CEO of City Union Bank, which is one of the lenders to the airline, said that the bank is in touch with Spicejet group and promoters and it is not facing any issues with the airline so far apart from minor delays.

City Union Bank has Rs 200 crore outstanding loans from SpiceJet. The loan is secured by immobile collateral, deposits and margins.

Below is the verbatim transcript of N Kamakodi’s interview with Reema Tendulkar and Sumaira Abidi on CNBC-TV18. 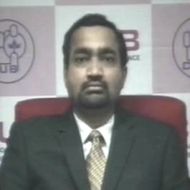 Reema: Could you tell us the exact exposure of City Union Bank and are you worried about your outstanding loan?

A: We don\\'t have any worry about the exposure. We accept there are problems, the accountation special mentioned category for now, but the total exposure for all banks put together roughly are not more than Rs 300 crore to Rs 400 crore and net of deposits and other things our exposure is about Rs 100 crore for which it covered fully with collaterals including immovable collaterals.

A: For all banks put together and our exposure net of deposit margin and other cash collateral is Rs 100 crore.

A: We have been in touch with them. The group and promoter have been our customers for many decades and other group companies are also banking with us. We have absolute comfort over the promoter and lot of steps which are being taken, some are not taking shape now particularly with the oil prices coming down, in fact there has to be an expansion in margin and all but unfortunately it got into temporary issues. We have confidence that our money is safe even though there could be temporary problems.

When Ratan Tata fell in love and ‘almost got married'