NHAI has discussed with other lenders and will jointly move forward to do the funding, says Kamlesh Chechani, Head of BOT at Supreme Infrastructure.

The Panvel-Indapur project of Supreme Infrastructure that had hit a roadblock after 53 percent completion has been considered for one-time priority funding by National Highway Authority of India (NHAI), says Head of BOT Kamlesh Chechani.

"NHAI has discussed with other lenders and will jointly move forward to do the funding," Chechani said in an interview to CNBC-TV18, adding, "The proposal is at an advanced stage and by July end, we might see concrete commitment on funding."

For the 53 percent that has already been completed, the company has invested roughly Rs 1,050 crore through a combination of debt and equity.

Once the NHAI funding comes through, the entire project is expected to be completed by March 2018. 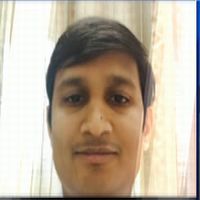 The company has also successfully worked out funding for its other major project for Jaipur Ring road and expects disbursements to begin in a month and half.

Below is the verbatim transcript of Kamlesh Chechani’s interview with Sonia Shenoy & Anuj Singhal on CNBC-TV18.

Anuj: We believe that one of your projects is also in this list if you could tell us the kind of impact that it will have on you?

A: Panvel – Indapur project is the project which has been considered for one time funding by National Highways Authority of India (NHAI). This was a stuck project due to various land acquisition and other issues. Now all the land acquisition everything is in place. We were facing issue from the lenders also in the disbursement because lot of interest during construction (IDC) has been put in the project.

Now NHAI has decided basically they had a discussion with our lenders and jointly they have taken to move forward. They will be doing a priority funding on this project. So, the proposal is basically at advance stage. Maybe by this July end we may see a concrete proposal on this basically commitment from NHAI for given a one time funding infusion for the balance completion of the project.

Sonia: Can you share the numbers with us what is the amount that is currently stuck in the Panvel project and what is the percentage completion?

A: Right now the project completed is around 53 percent and funds which has already been infused in the project till now including the lenders and the equity is around Rs 1,050. Wherein around almost about Rs 270 crore of interest is there.

Anuj: Post this one time funding by what time do you think you will be able to complete the project?

A: Post that the project will be completed in two phases. One will be the provisional commercial operation date (COD) wherein whatever land which we got in proper time we have to complete that. That we are expecting by March 17. Then balance project we will be completing it by March 18.

Sonia: Any other stuck projects that you have currently and what are the receivables, any progress made on that front?

A: One more bigger project which is a Jaipur Ring Road project which was stuck from almost two and half to three years wherein all disbursement was also stuck with the lenders and due to various huge land acquisition issue was there. This is a Greenfield project, now land acquisition everything has come in just about one and a half month back, lenders have again started doing disbursement.

For this we also had a big equity requirement, so the equity requirement also we have tied up with one investor who is committing to along with the lenders the full balanced equities requirement of the project. Already the investor has given a proposal to our lenders with whatever discussions we had.