While LIC has suffered heavy losses due to the market crash, its asset size is adequate. The insurance behemoth has also met this year's equity profit target of Rs 24,000 cr.

The bloodbath in the stock market caused by the coronavirus spread has dealt a body blow to the Life Insurance Corporation of India (LIC), shaving off 27.6 percent in its equity holding value.

According to data compiled by Moneycontrol, the equity holding value of LIC dropped to Rs 4.01 lakh crore at the close of March 20 as against Rs 5.54 lakh crore on February 22.

The Sensex saw its biggest single-day intra-day fall of 2,467 points on March 9, closing at the lowest level since February 2019. 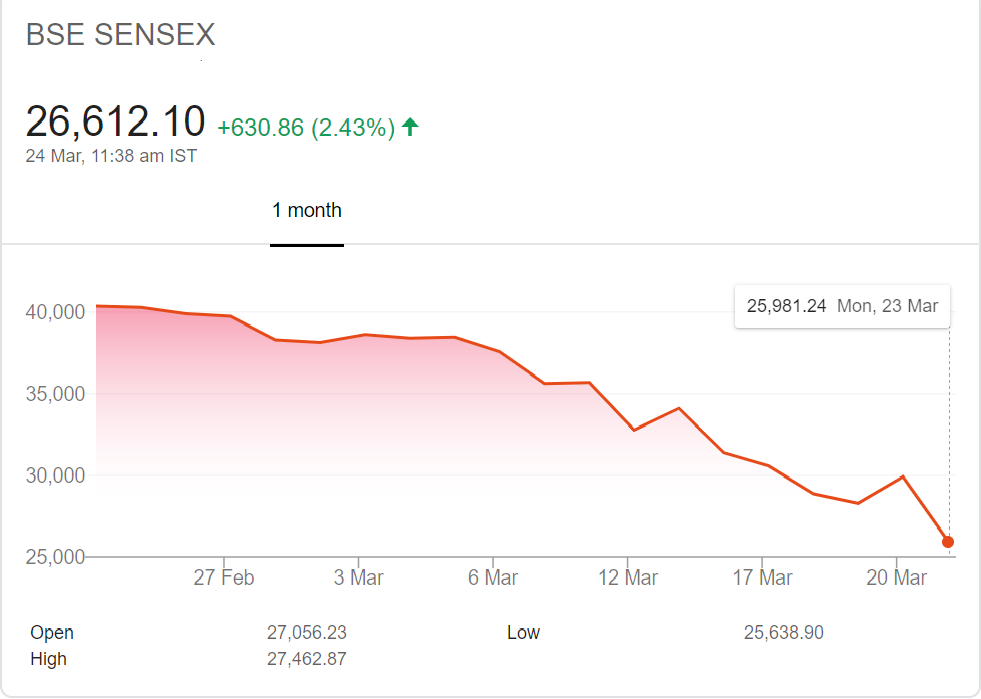 Coming ahead of its proposed initial public offering (IPO), the value diminution of LIC’s equity portfolio could raise eyeballs. However, since LIC had an investment asset of Rs 32 lakh crore as of December 31, 2019, returns won’t be impacted. Not as yet.

"LIC has seen extremes in the stock, be it the 2008 market crash or the rally in May 2019. It has adequate assets to protect itself from market volatility," said an official.

During the 2008 stock market crash, LIC saw more than 45 percent erosion in equity holding value. However, it recovered within a year by churning its portfolio and selling stocks.

The official also added that short-term erosion of equity value of LIC is not a cause of concern, considering that it is the country’s largest institutional investor.

The financial hit that LIC has suffered in the past few months will be recovered through churning of the portfolio, another official added.

LIC did not respond to queries sent by Moneycontrol.

The market value of LIC's investment as at the end of FY19 stood at around Rs 28.7 lakh crore, growing YoY by 8.6 percent. The insurer's total assets had touched an all-time high of Rs 31 lakh crore in FY19, which was a 9.4 percent rise.

While investing in the equity markets, LIC follows a 'contrarian' investment strategy, which is 'sell' when the sentiment is bullish and 'buy' when the mood is bearish. Hence during a falling market scenario, LIC tends to buy to not just boost the sentiment but to also take advantage of the lower prices of stocks.

As of January 31, LIC had invested Rs 46,850.33 crore into stocks of the Rs 86,000 crore equity target - the highest-ever equity investment by the insurance behemoth.