Marans have aided SpiceJet to best of their ability:Grp CEO

In an interview to CNBC-TV18, Narayanan says the company has never defaulted on payments in the past and has infact paid more than Rs 3000 crore last fiscal for the same.

In what comes as the final nail in the coffin for beleaguered low-cost airline SpiceJet, oil marketing companies’ have decided to stop fuel supply over a payment default. This is but unfortunate, says SL Narayanan, group chief executive officer, Sun Group.

In an interview to CNBC-TV18, Narayanan says the company has never defaulted on payments in the past and has infact paid more than Rs 3000 crore last fiscal for the same.

“This is just a situation that arose for 2-3 days of overdues” he adds.

The strapped-for-cash airline was rescued by the Civil Aviation Ministry as it said it would request Indian banks/financial institutions to extend loans of upto Rs 600 crore to the airline as part of measures to keep the carrier functional. 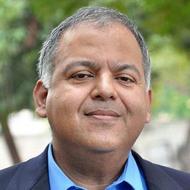 “We need Rs 600 crore to get going. I am confident we will turn things around,” says Narayanan confidently before adding that the promoter- the Maran family- is not shying away from its responsibility to the company, but it has already infused as much capital in the company as it could.

So, is the company shutting shop now? Narayanan says not if they can help it.

“We don’t want to shut down, the government doesn’t want us to shut down. We merely need some assistance to fly out of these turbulent times,” he highlights.

Below is the verbatim transcript of SL Narayanan's interview with Latha Venkatesh and Sonia Shenoy on CNBC-TV18.

Latha: What is the latest, oil companies have stopped fuelling, have all your flights or many of your flights been grounded?

A: That is the fact unfortunately. We have had a situation, which has been forced on our hands as a result of lack of fuel supply. I just want to put this in a bit of a historical perspective. We have never defaulted on fuel payments, we have always paid in advance and in the last financial year, if my memory serves me right, we paid more than Rs 3,000 crore to the oil marketing companies (OMCs). So, what we have had as the situation is just two-three days of overdues and the whole house has come crashing down on us.

I do acknowledge that people have to work within systems and processes laid down by their respective managements. But we have been a very consistent customer of all these companies and at a time when we needed this succour, it was not forthcoming, which is why we went to Delhi to seek for assistance.

Sonia: We were given to understand that a request would be made to the OMCs to extend the credit line to SpiceJet for about 15 days. That has not come through?

A: I am not privy to internal correspondence between the organs of the government but clearly, the indication that was given to us, I must acknowledge here the ministry of civil aviation has been exemplary. I cannot thank the secretary and his staff enough. They have been outstanding and I saw the speed with which the government of India moved on Monday.

In fact, I went and told the people in the government that we are unable to raise financing from the banking system because there is almost fear, I wouldn’t even say risk-aversion, people are living in mortal trade off lending to airline companies and I don’t blame the banks. This is a sector, which has been extremely stressed out because of some fatal policy missteps in the past.

Sonia: How much money does SpiceJet need at this point in time to survive and why cannot a promoter put in more money at least till an investor is found? What is the status as far as the Marans putting in more money is concerned?

A: Let me just put some statistics on the table. FY12 SpiceJet lost about Rs 600 crore, FY13 it lost about Rs 189 crore and the most recent financial year it lost Rs 1,003 crore. Q1 of this fiscal it lost Rs 133 crore and in Q2 it was a little over Rs 300 crore. So Rs 1,800 crore in the last three completed fiscal years and about Rs 443 crore in the first half and Mr Maran has so far invested about Rs 1,600 crore by himself and the investment vehicle KAL Airways Private Ltd and post acquisition of a controlling interest, he has pumped in more than Rs 800 crore and it is not like we want to run away from our obligations. We want to raise more money because I see a great opportunity in the sector because brent has fallen from USD 115 per barrel to USD 59 per barrel. This is the time we are also shifting into high season and ticket prices are very high for last minute sales. But just when everything looked better -- in fact in the most recent quarter, we have halved our operating losses by 50 percent and it is not like Mr Maran has not funded -- to the best of our ability we have done it. The family of his does not have the liquidity to pump in Rs 600 crore at this point in time now which is why we needed help to get this money sourced from the banking system and he is willing to give a personal guarantee but nobody wants to accept it.

Latha: What is the way out now, very much like a bank an airline that is seem not being able to operate will find that curse self-fulfilling, more people will pull out from advance tickets which they have booked and fresh passengers will be wary of booking for fear of being stranded or not even being repaid if the flight is cancelled, so what is the way out now?

A: You are absolutely right. That is exactly what has been forced upon us by the DGCA. With great respect to the officers of the DGCA, the decision to put us on a 30-days limit for advance booking that sounded the death nail for SpiceJet. In the last few days, our collections have dropped by something like 90 percent and because of this 30-days limit, it has sparked off widespread fear among the travellers so it is like a run on a bank, everybody wants to cancel and get their money out. So whatever little money that was coming because of this reduced window of 30-days, that has got completely wiped out because of cancellations and demand for refunds. So it is a double whammy and that is the reason why we are in this unfortunate situation and which is why we went to the government to plead for some forbearance.

Sonia: Can you tell us now what the game plan is as far as the Sun Group is concerned? If things get worse, the operations are in any case grounded, are there any assets of the Sun Group that could be leveraged at this point, what is the way forward you think?

A: Unfortunately we cannot leverage any of the media assets. It is not only unethical, it will be very lousy corporate governance. We will not go down that path. So the way we have organized our business is each strategic business unit is far-walled against each other and each unit fence for itself and it is also not fair that media investor is exposed unnecessarily to the risks of aviation. So we have in fact consistently held that position out so there is no way Sun TV or the radio or the DTH businesses ever get leveraged to bail out SpiceJet. It is not going to happen.

A: Just Rs 600 crore would get us going and I am very confident that we will turn around and make a decent profit with the current situation in the fuel market. But the real issue is when all creditors land up at the doorstep and everybody wants to get paid at the same time, a stressed company simply cannot survive. Unfortunately, this country doesn’t have a framework for bankruptcy restructuring. It happens all the time in the United States and even in India, there is a process for corporate debt restructuring (CDR) but here is a situation where we need protection and the promoters are not wanting to shy away from their obligations. We just want to make sure that everybody gets paid but we just need some time and we need some financing and which is why we went to government of India to plead for that intervention.

I must say, they did a manful effort but it is going to take some time before we get anything into our system. I still remain hopeful because we have met the officials. The key officials that we met across the three ministries have been extremely supportive but now it has to get into the executive management of banks, petroleum companies and others.

Sonia: Are you confident that the airline is not shutting down anytime soon?