With the announcement of a 20 percent cut in power tariff in Maharashtra, concerns were raised about the health of the banks which are lenders to MSEDCL.

The Maharashtra government on Monday announced a 20 percent cut in power tariff for the industrial and agriculture classes of consumers, burdening the state with Rs 7,200 crore subsidy payout.

Post this announcement, some concerns were raised for Bank of Mahrashtra, Canara Bank and Bank of India who are lenders to Maharashtra State Electricity Distribution Company Limited (MSEDCL). But Bank of Maharashtra ED, R Athmaram, in an interview to CNBC-TV18, said the MSEDCL account was not a problem for them.

“Maharashtra discom account is not among the top five in the country which are cause for a concern,” he added.

The bank has total Rs 990 crore exposure to MSEDCL out of which Rs 100 crore is non-funded. 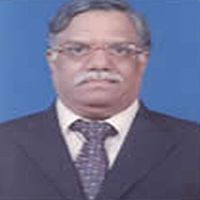 Below is the verbatim transcript of his interview on CNBC-TV18

Q: How has been the repayment schedule of MSEDCL and do you fear that they could start falling back on their payments now that they will collect less tariffs?

A: As of now we have no problems with Maharashtra Distribution Company (discom). The account is conducted well. The balance sheet may not be very great but as banks we have not seen any problem with the conduct of the account.

In an election year, this kind of adjustments and announcements are common. However, it depends on how well the Discom can negotiate with the government for cash inflows to be able to manage their working capital.

If the subsidy amount comes either upfront or within a reasonable time every month then I do not think the working capital cycle of the discom is going to be greatly disturbed because of this announcement.

A: No. we have about Rs 990 crore exposure to Discom, out of that about Rs 100 crore is non-funded and so funded will be about Rs 890crore. As of now the accounts are conducted very well, there are no problems with the account. Maharashtra discom account is not among the top five in the country which are causing concerns. So, they are relatively managed better and so it might not impact the working of MSEDCL.

Q: The MSEDCL has been posting losses for the last four-five years. If the subsidy amount in a particular month doesn’t come upfront, can you refuse them working capital?

A: It is hypothetical at this point of time and according to the data available with us in March 2013 they have shown cash profit.

A: Net profit was a loss but as long as the government doesn’t make the Discom go out of funds then it’s a call taken by the government but if they announce the scheme and do not raise funds in time then working capital problems could creep in.