In exchange for an equity stake in Flipkart, eBay is making a cash investment in and selling its India business to the company

The logo of India's largest online marketplace Flipkart is seen on a building in Bengaluru, India, April 22, 2015. After losing top engineering talent for years to America's tech heartland of Silicon Valley, India is luring them back as an e-commerce boom sparks a thriving start-up culture, unprecedented pay, and perks including free healthcare for in-laws. Picture taken April 22, 2015. To match INDIA-ECOMMERCE/WORKERS. REUTERS/Abhishek N. Chinnappa - RTX1BBUK

Country's largest e-commerce marketplace Flipkart on Monday announced that it has raised a total of USD 1.4 billion from Tencent, eBay and Microsoft, confirming the speculation floating around the biggest ever fund raise in the Indian startup ecosystem.

This was a down round for the company as post the latest funding round, Flipkart will be valued at over USD 11.6 billion.

While the down round may impact investors such as Steadview Capital and Morgan Stanley who invested in 2015, early investors such as Tiger Global and Accel Partners are likely to gain in this round. The devaluation also indicates Indian e-commerce companies have lost sheen with investors as they struggle to hit a path to profitability, even as Amazon keep on investing billions in India. 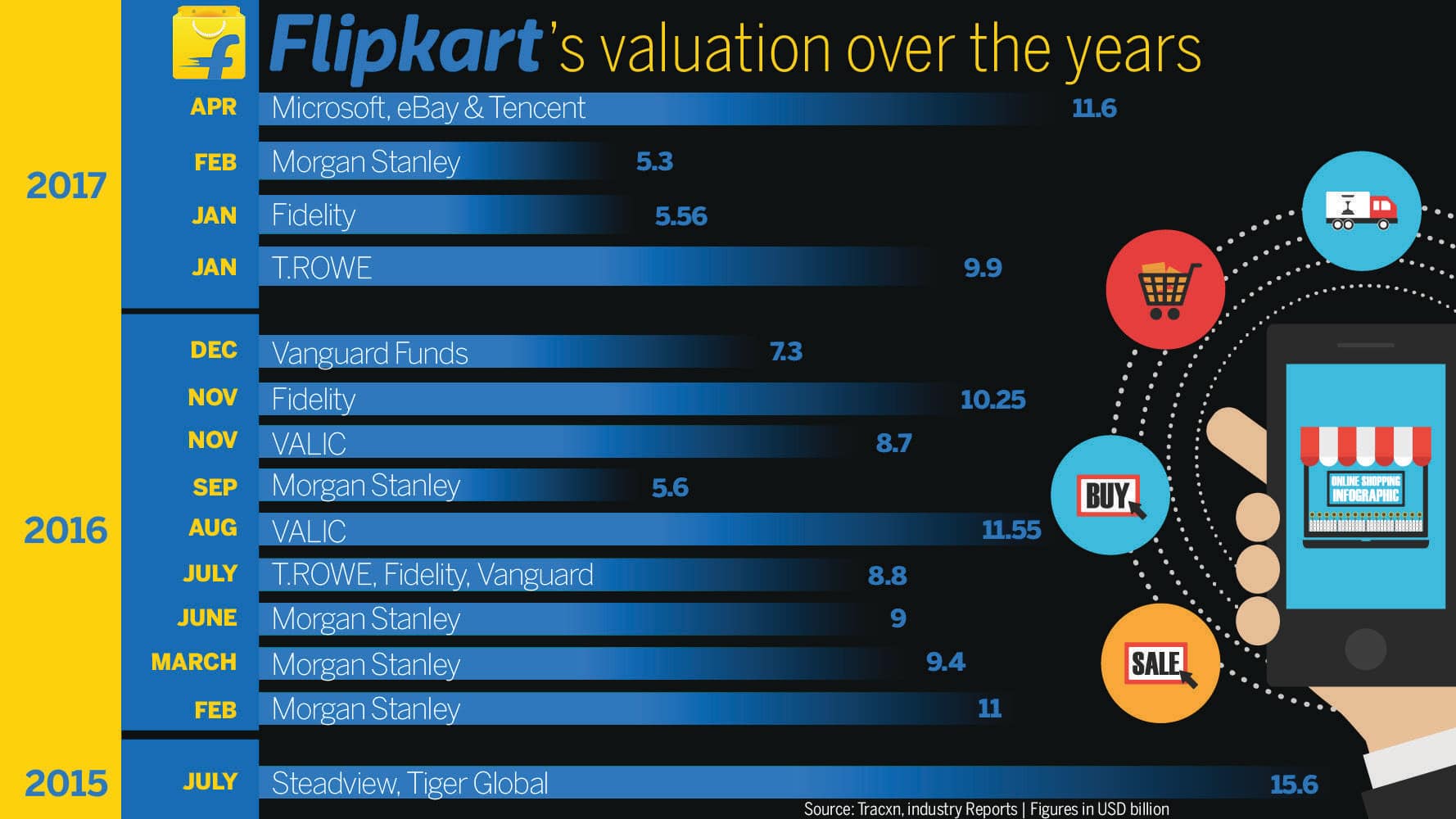 “This is a landmark deal for Flipkart and for India as it endorses our tech prowess, our innovative mindset and the potential we have to disrupt traditional markets. It is a resounding acknowledgement that the homegrown tech ecosystem is indeed thriving and succeeding in solving genuine problems in people’s daily lives across all of India," said Sachin Bansal and Binny Bansal, Founders of Flipkart.

"We are delighted that Tencent, eBay and Microsoft -- all innovation powerhouses -- have chosen to partner with us on their India journey. We have chosen these partners based on their long histories of pioneering industries, and the unique expertise and insights each of them bring to Flipkart. This deal reaffirms our resolve to hasten the transformation of commerce in India through technology.”

“This strategic partnership enables Tencent to participate in the exciting opportunities in e-commerce and payments in India. We look forward to helping Flipkart to deliver compelling experiences,” said Martin Lau, Tencent President.

The investment by eBay is accompanied by a strategic commercial agreement with Flipkart. In exchange for an equity stake in Flipkart, eBay is making a cash investment in and selling its India business to the company.

eBay India will continue to operate as an independent entity as a part of Flipkart.

“The combination of eBay’s position as a leading global e-commerce company and Flipkart’s market stature will allow us to accelerate and maximise the opportunity for both companies in India,” said Devin Wenig, President and CEO of eBay Inc.