Rajat Sethi, Partner, S&R Associates says in terms of overall impact of the deal, it may be negligible given the definitive agreements based on what was disclosed in the market initially when the deal was announced.

In what came as a huge blow for Vijay Mallya, the Karnataka High Court had on Friday declared the United Spirits (USL) share sale by United Breweries Holdings (UBHL) to Diageo void. Admitting the appeal filed by creditors of UBHL, the court also said that the amount deposited by UBHL will remain with the court till winding-up is done.

Rajat Sethi, Partner, S&R Associates believes the companies concerned will appeal to the Supreme Court. He says for Diageo, post the order, its shareholding in United Spirits can go from 25.02 percent to 18.02 percent. But with the 11 percent held by Indian promoters, together with the 18-odd percent that Diageo will continue to hold, it is still above the 25 percent level. Hence, in terms of overall impact, it maybe negligible. 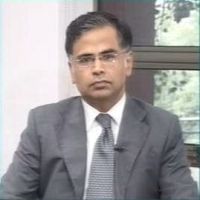 Q: Outside of the fact that this is a fairly big victory for unsecured creditors which has now become the norm over the last couple of years. The material thing in this for most investors is how it will jeopardize the Diageo deal because Diageo has made no bones about the fact that it wants control. What are your views on where it places Diageo?

A: Diageo had over 25 percent of shares in United Spirits (USL) before this order, so the extent of shareholding, which is impacted by this judgement seems to be around 7 percent. Obviously, there will be appeals to the Supreme Court and one will wait and see what happens in the Supreme Court but in terms of overall impact of the deal, one, there may not be a significant impact given the definitive agreements based on what was disclosed in the market initially when the deal was announced. There are voting agreements in place, which obligate the Indian promoters to vote in accordance with the instructions of Diageo.

So, even if from 25.02 they have gone down to 18.02, as far as the Indian promoters are concerned, they are still holding about 11 percent and together with that 18, they are still above 25 percent level. In addition there maybe other contractual provision which gives them ability to purchase additional shares from the Indian promoter but that will depend on what the exact terms of the definitive agreements are. So, in terms of overall impact, it maybe negligible on the deal itself, it is not that the deal is going to be invalidated but it gives everyone something to think about.

Q: In that case will there have to be new ways which has to be found to compensate these unsecured creditors?

A: Yes, for them it is a victory and in terms of how they get redressed. Obviously it gives them much superior negotiating leverage to get paid back and it would be interesting to have a look at the judgement and see how the court has determined that this constitutes some kind of – that full value has not been realized because the burden of proof would have been on the creditors to show that there is some element of dishonest intent here between the transferor and the transferee. So, it is a high burden of proof and one would wait and see how that burden has been discharged and how the court has been satisfied in this case.