UPCOMING EVENT:Learn how to add equities to your portfolio through ETFs. Don’t miss the webinar on Oct 19, 11.30am. Register Now!
you are here: HomeNewsBusinessCompanies

On the payments for Iran, IOC chairman B Ashok said the company has USD 500 million dollars in pending dues, and the government is discussing the modalities of the payment.

Country's largest oil refiner Indian Oil Corporation (IOC) today said it will be investing Rs 1.75 trillion over the next seven years to expand output by 54 per cent to around 100 million tonnes per annum.

"We have a capex plan of Rs 1.75 trillion over the next seven years. And out of this, Rs 50,000 crore will be for brownfield expansion at existing facilities," its chairman B Ashok told reporters after the company's 56th annual general meeting here.

He said the investment will increase its total output to close to 100 million tonnes per annum from the present 65 million tonnes.

On the payments for Iran, he said IOC has USD 500 million dollars in pending dues, and the government is discussing the modalities of the payment. 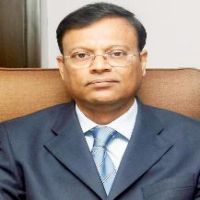 IOC hopes that the payment will be done in two or three installments, he added.

The country is set to pay Iran USD 700 million to clear more than one-tenth of the outstanding oil dues, ahead of the expected lifting of sanctions against Tehran.

The Reserve Bank of India will make payments of USD 6.5 billion in past oil dues to Iran "in a calibrated manner so that there is no pressure on exchange rate", a senior finance
ministry official had said yesterday.