If you're a parent, getting your kid to avoid junk food and eat healthy is probably a full-time job. But a new gaming app could do the job for you.

If you're a parent, getting your kid to avoid junk food and eat healthy is probably a full-time job, but a new gaming app could do the job for you.

For California-based Bhargav Sri Prakash, fatherhood has been a life-changer in more ways than one.It has given this proprietor of an investment firm the inspiration to become a tech entrepreneur and it happened when he saw advertisements designed to appeal to tech-savvy children, including his daughter, who was then two years old.

So Bhargav put two and two together and came up with Friends Learn, a start-up that has developed a third-person-shooter gaming app called Fooya.

It's aimed at helping kids make the right food choices and the game-play is simple: pick a character, navigate a virtual-reality-enabled world and fight off the bad guys. Apples, raisins and eggs boost your health, while burgers and sodas slow you down and naturally, the bad guys are throwing unhealthy, sugary stuff at you so you’ve got to duck and weave. 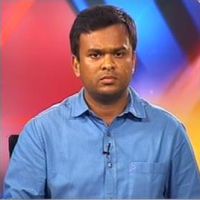 "Their character’s health is mapped to the different foods they encounter, the different caloric values, nutrient values. And their character now begins to morph, or lose ability or gain ability based on how they're managing their health," said Bhargav.

Available on iOS and Android platforms for USD 10 per download, Fooya has been clinically tested at Houston's Baylor College and the results point to improved dietary preferences among children.

With a USD 10 million dollar investment towards testing and development, and 3 lakh registered users across schools in the US, Bhargav is now ready to market the game in India.

"Our go-to market strategy is to be able to work with schools, government systems so that it can possibly become part of a curriculum and part of a nutrition-education focus," he said.

But the question remains, can a gaming app help children aged between 3 and 15 make the right food choices in reality? Whatever the answer to that may be, the increasing cases of childhood obesity in India could do with a few more innovations like this one, in the fight against junk food.