The company is planning to improve capacity by 50 percent, which will happen in two phases, says Anurag Jain, CFO of the Oriental Carbon.


With expectations of growth in global and domestic markets and capacity expansion, Oriental Carbon is hoping to do increase its revenue by 50 percent by 2020.

Speaking to CNBC-TV18, Anurag Jain, CFO of the company, said that the company is undergoing capacity utilization, which will happen in two phases. By first quarter of next fiscal, 25 percent capacity will be added and the rest 25 percent in another phase.

The company is currently performing at 90 percent plus capacity.

Oriental Commerce is the sole producer of insoluble sulphur, which is an essential component for manufacturing of tyres.

Below is the verbatim transcript of Anurag Jain's interview to Reema Tendulkar & Nigel D'Souza.

Nigel: Last year there was a bit of a dip on the topline and volumes have been moving higher. How is FY17 looking? Do we expect some kind of revenue growth? Volumes as well expected to move higher?

A: We should expect topline as well as volume growth during financial year '16-17.

Nigel: What kind of number can we see? Can you give us some kind of guidance, what kind of volume growth can we see for FY17 and what kind of capacity utilisation are you functioning?

A: We are currently functioning more than 90 percent capacity utilisation in the current year. As far as guidance for numbers are concerned, we do not give that kind of guidance as of now but yes, we should expect growth on volume as well topline. 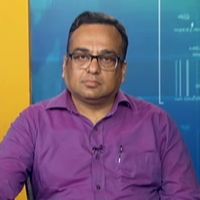 Reema: You would expect growth in both exports as well as domestic or do you believe there is one segment which is doing better and what about pricing pressure?

We do not see any pricing pressure as of now. The price correction which happened last year was mainly due to the reduction in raw materials on the back of petroleum price reduction.

Nigel: We have seen sharp jump up in crude prices. How does it impact your margins and last year even though there was a topline decline and margins came in at around 24 percent, so that is a sharp expansion. Are you confident of holding on to 24 percent margin levels?

A: Yes, our long time guidance is that these kinds of margins are sustainable.

Nigel: Can you better it with the crude price jump that we have seen?

A: The crude price jump should not make a difference in the margins. However, if capacity utilisation increases then that makes impact on the margin because that distributes our semi variable and variable costs. Going forward we do expect to sustain this margin at the least.

Reema: You spoke about your capacity utilisation at roughly about 90 percent. Could you walk us through what the company plans are with respect to adding new capacity? What will be the timeline, how will you fund it, what would be the expected revenues from your additional capacity?

Nigel: So by 2020 we could see most of the capacity come on-stream and even utilisations can go up?

Nigel: Currently you are doing revenues of around Rs 340 crore. Once you increase your capacity by 50 percent what will your revenues look like and also tell us about your client base and who is your largest client?

Reema: So your revenues to go up by 50 percent in line with the capacity that you are adding?