B Sriram, managing director and group executive national banking, SBI expects the home loan portfolio to grow by 18 percent in FY16. According to him, competition in the home loan space has been rather intense.

After private sector lender HDFC Ltd, State Bank of India over the weekend announced a cut in home loan interest rate by up to 0.25 percent for new borrowers. For women borrowers the rate has been aligned to the base rate at 9.85 percent per annum, SBI said in a statement.

But for other borrowers, the interest rate will be 9.90 percent, 5 basis points higher than the base rate or the minimum lending rate.

B Sriram, managing director and group executive national banking, SBI, says there is good news for existing home loan holders as well. They have the option of converting their existing loan rate to new rates for a small charge, he adds.

He expects the home loan portfolio to grow by 18 percent in FY16. According to him, competition in the home loan space has been rather intense. 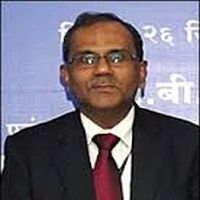 Sriram says low-cost deposits are getting converted into term deposits.

Below is the verbatim transcript of B Sriram's interview with Latha Venkatesh and Sonia Shenoy on CNBC-TV18.

Latha: I just wanted to ask you the old home loanees get 15 basis points knocked off and the new guys get 25 basis knocked off, is that right?

A: Yes that is right but the old home loanees also have the choice to convert their existing rates to current rates at a small charge of 0.56 percent.

Latha: That makes you bigger than HDFC.

A: Yes, we are market leaders in that and we have close to about 26 percent market share.

Latha: Would this shave off something from your margins, would there be pressure in the current quarter – April-June quarter on net interest margins (NIMs) in general since this is not a small part, it is a fairly big part of your book?

A: What we are looking at is to try and grow volumes to try and make sure that whatever little margins are shaven off are made good by way of volumes. We had done about 14.5 percent last year and there was quite a good consumer demand in the last three to four months of the last year. We are hoping that the same trend continues into the New Year.

Sonia: This 18 percent growth will be in your home loan portfolio, is that your expectation for FY16?

Sonia: Will you be looking to revise your base rates further anytime soon and if yes by when?

A: At the moment we have just brought down the base rate by about 15 basis points. We have to continuously look at both the liability of the asset side of the book. These are discussions that happen continuously in our asset-liability committee (Alco). So, we will continuously watch the market and see as to how we go ahead.

Sonia: Now that your rates are the cheapest in the market and in the industry in any case there is no pre-payment penalty, do you see it become easier for State Bank of India (SBI) to takeover corporate and retail loans from other banks, something that you have been successful in doing in the recent past?

A: That is also a market that is available to us. However, that is a very small market to takeover. It is the new home loan that literally drives the market. 72 percent of our home loan book is what we call lower segment, less than Rs 30 lakh. Most of our portfolio is on first time buy so we are hopeful that the trend will continue and we should be looking at a continuous supply of new home loans rather than looking at the takeover business. However, takeover is also a part of it.

Latha: Would you guess that there will be more competition in the home loan space than in loan space in general, at least going by the rate of cuts that we are getting from people like you and HDFC?

A: Competition in home loan space has been quite intense not only from banks, private banks, nationalised banks but also from the NBFC space. So, it has been quite intense. The single major factor for home loans is the turnaround time and the service and delivery that is there and to that extent the market is defined by that. We have redefined our processes and procedures to make sure that the turnaround time (TAT) is improved and it is substantially much lower now.

Latha: Can you update us on reports in the newspapers that banks in general are not very willing to give money to the guys who have won coal blocks in mining companies especially power companies because there is a danger of tariff being compulsorily lowered? Are you’ll worried about the quality of those loans if the tariffs are lowered?

A: No, these are all speculations and I think we should stay clear of all this. Each proposal is appraised on merit and individually.

Latha: Is it generally a worry that the lower people have bid for coal the more will they be squeezed on power tariffs, in general does that theory worry bankers?

A: I don’t think at the moment we are worried. However, as I said we will have to look at this proposal.

Latha: We were given to understand even from finance ministry sources that some of the bankers have bitterly argued that this is not good for the health of the banking industry.

A: I will stick to what I am saying in the sense that we need to analyse the delivery proposal on merits.

Sonia: What is the cost of fund situation at this point in time?

A: Cost of funds has not moved since December; it is about a basis points here or there. However, the point is that as we bring down the deposit rate, what we call the notional improvement or the notional gain in cost of fund, suppose we had kept the deposit at the same rates we would have paid much more on that.

So, the tendency of borrowers to move to term deposits rather than keep it in savings bank as has improved over the last few months on the expectation that the interest rates are going down and thereby the low cost deposits have started convert into slightly loner term, term deposits. That is a temporary phenomenon that has been present whenever there is an indication that the rates will go down. However, going forward it will settle down and we are hoping that the cost of funds will start to move downwards.

Latha: When we last spoke to Arundhati Bhattacharya a week ago, after the credit policy and the base rate had been cut by 15 basis points, she said that SBI will cut its deposit rates by a further 25 basis. Has that been announced or should we expect it shortly?

A: That has been announced along with the base rate cut. They are in two buckets – one is in the one year to 15 month bucket that has come down to 8.25 and the other is in the seven days to 14 days where it has been slightly increased to 6 percent.

Latha: In that case your cost of funds for April to June should be lower, isn’t it – 8.25 is a good 75 basis lower than year ago levels?

A: That is right but as I said the first factor is how many of them move from low cost fixed deposit to that. The second thing is the incremental accrual in deposits as the deposits are liabilities structured in our banking books. The incremental cost of deposits is what starts to impact on the total portfolio and that takes time. So, 13 lakh crore deposit portfolio, few thousand crore in terms of renewal and in terms of new deposits getting re-priced at 8.25 will not have major impact in the short run.

Latha: When does it show considering that you’ll started cutting deposits by September?

A: It starts take about three to four quarters.

Latha: So for the October-December quarter you would see a decent fall in cost of deposits?

A: I would assume so.

Sonia: Would you not fear that lowering the deposit rates could see a lot of money moving out of these deposits to some of the government schemes which look more attractive at this point in time like maybe the PPFs or the Kisan Vikas Patra, etc?

A: These worries are there but we need to find the balance in deposit rates as well as the base rate to take care of all this. Bank deposits have certain advantages like easy liquidity and all that. So, do we expect that while there will be some traction towards the government small savings schemes but over a period of time we will exhume that this phase gets balanced out.