Mattress brand Duroflex and its e-commerce arm Sleepyhead have raised $60 million (about Rs 450 crore) in funds from the Silicon Valley-based equity venture and growth equity investment firm Norwest Venture Partners through a mix of primary and secondary capital. With the fundraise, Lighthouse Funds, the company’s earlier investor, will dilute some of its stake in the company but remain largely invested in it.

According to Mathew Chandy, MD, Duroflex, the company will use the raised funds for its expansion in the country.

“We now have a presence across the country and funds will help us in building supply-chain, distribution, manufacturing capabilities, product development, and creating sub-brands,” Chandy told Moneycontrol.

The company also has a B2B arm and is now actively pursuing export opportunities and eying about Rs 100 crore from its export business in FY22. Overall Durolfex, said Chandy, is targeting Rs 1000 crore in revenue in FY22.

Duroflex last year had introduced its direct-to-consumer platform and as it expands its offline network, the stores could be tapped to service online orders in the area, bringing down the cost. Duroflex draws about 30-35 percent of its sales from e-commerce including its D2C channel and is targeting about 50 percent revenue from the channels in the next one year. 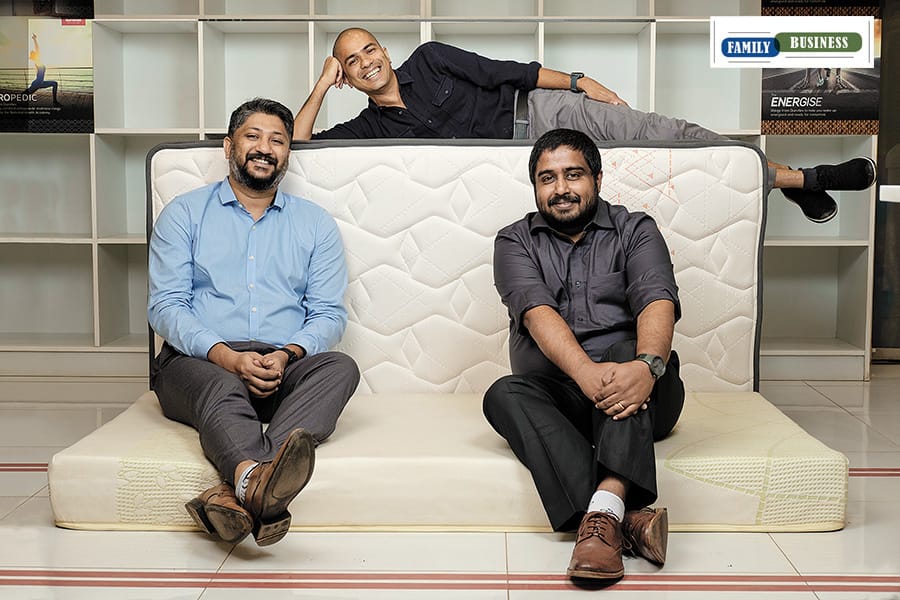 The company launched its digital-first brand Sleepyhead in 2017, and according to Chandy, the learnings from the sister brand are being used to fine-tune the online strategy for Duroflex too.

The two brands target different sets of consumers. Duroflex, which is positioned in the premium segment, targets the 28-45 consumer group, while Sleepyhead is meant for the millennial, Gen Z generations.

Duroflex entered the furniture category last year as the demand for work-from-home furniture went up with the pandemic-induced mobility restrictions.

The company plans to launch more products in the category this year. It is deploying the D2C channel as well as its company-owned stores to sell the furniture. The product is also available in a few of Duroflex’s large exclusive brand outlets as well.

Furniture, informed Chandy, contributes about 10 percent of the company sales at the moment and the plan is to draw about 15-20 percent of its sales from the channel going ahead. The company recently entered the soft furnishings category.
Devika Singh
Tags: #Duroflex #Norwest Venture Partners
first published: Oct 14, 2021 04:05 pm