Dholera likely to be first smart city under DMICDC: MD

The government seems to be in a hurry to boost its urban development mission. It plans to splash a whopping Rs 98,000 crore. Yesterday, the cabinet approved the creation of 100 smart cities with an outlay of Rs 48,000 crore.

The corporation plans to go ahead with five smart cities and Dholera in Gujarat is likely to be first of the block. The other four are Shendra-Bidkin in Maharashtra, Vikram Udyogpuri Township in Ujjain, Integrated Industrial Township in Greater Noida and Global City in Gurgaon, said Kumar.

Q: What is your sense of the progress that has been made so far as far as the DMICDC is concerned? Which will be the first smart city and by when the development be complete?


A: DMICDC now has well and truly entered the implementation phase and we are going ahead with five smart cities wherever we could get land and these five are Dholera in Gujarat, Shendra Bidkin in Maharashtra, Vikram Udyogpuri Township near Ujjain in Madhya Pradesh, Integrated Industrial Township in Greater Noida in UP and the fifth one is Global City in Gurgaon in Haryana.

Q: So you are saying that Dholera has an edge over the other cities at this point in time but the govt says it will come out with a competition to select smart cities. We know the DMICDC is outside of that, but what according to you should be the fundamentals features that the government must focus on as far as the smart city development is concerned, the smart city mission is concerned. Take us trough your experience of trying to put Dholera for instance together?


A: We have been mainly focussing on greenfield smart industrial cities right from 2011 onwards and the key features of a smart city is what you do with real time data, how you deploy ICT-  to use real time data for two purposes. One is for making infrastructure verticals more efficient. Two, for improving the quality of life of the citizens in the city.

The four key things that happen are instrumentation, intelligence, data analytics and information sharing. What happens is large data analytics and large use of information sharing leads to decision making in real time which leads to infrastructure verticals becoming more efficient and B, the quality of life of people is also improved in that city. 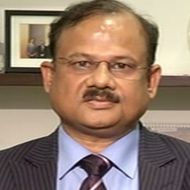 On the social sector side we have identified education, health, inclusive development, participative governance and community assets. We feel that a combination of these five infrastructure verticals and the five social sector verticals will make a Greenfield smart city, a true smart city.

Q: The centre is promising Rs 100 crore in terms of central assistance per year per smart city. From your experience is that woefully short?

Then I will have an idea of how much money we are talking about. But to my mind having said that the amount that you are saying is also a sizeable and significant amount because from whatever I know it says that this is the contribution of Government of India which can be leveraged to get contribution from states, from local government and also from private sector depending on how the project is structured.