There is clear consolidation in the telecom space where an unsustainable perfect competition structure is dying down & a more sustainable structure is coming into shape, Sanjay Kapoor, Former Chairman, Micromax.

The Bharti Airtel stock has been a tear over the last few days, trading close to 10-year highs and has seen a serious re-rating. Meanwhile, Reliance Jio hiked tariffs by 12-15 parent on October 18, 2017.

To discuss what all this means for the telecom sector and the outlook for the incumbents, CNBC-TV18 spoke to Sanjay Kapoor, Former Chairman, Micromax and Rohit Chordia of Kotak Institutional Equities.

According to Kapoor, two set of things have happened which are positive for the space. One is there is clear consolidation in the space where an unsustainable perfect competition structure is dying down and a more sustainable structure is coming into shape, where three long-term players seem to be standing out.

Two, Jio which was causing lot of disruption in the market has reported numbers for the first time and that will drive change in behaviour. 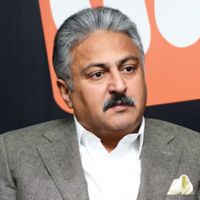 However, competition will continue to be severe for the next few quarters because he does not think Reliance Jio will be satisfied at the number 3 position and surely have bigger plans. So expect more disruptions may be in the feature phone segment going ahead, says Kapoor.

Chordia agreeing with Kapoor on the consolidation front, says market basically likes visibility and therefore is quick to discount any visibility.

However, he does not think the sector has bottomed out in terms of earnings and it make take a few quarters for numbers to look good but hope is once they start looking good then we could be in for a sustainable growth in sector.

Surabhi: Market is getting more and more excited, Jio's latest reworking of their flagship plan, they have raised tariffs by about 15 percent, is it fair to say that the bloodletting is probably sort of a thing of the past?

Kapoor: I will only begin by saying that I see that there are two sets of things that have happened in the market which seems to be like a positive news for the market. First, there is a clear consolidation of the market where an unsustainable perfect competition structure is dying down and a more sustainable oligopolistic structure is coming to shape and in that very clearly three players are standing out who seem to be the long-term players and therefore the market believes that there will be semblance when these three players are really transformed into data providers in this market over the long run and India is a big data market in everybody’s view.

The second is that Jio, which was causing a lot of disruption in the market, has for the first time reported its numbers and that obviously drives a change in behavior. The moment you begin to report numbers, then you have to show us sustenance of those numbers and you have to show an improvement on those numbers. So everybody believes that there will be semblance that will come in. However, for me to understand why does market begin to penalise the stock do early on news and why does market tend to celebrate so early depending on such news is beyond my comprehension. However, I think these two are the news that are leading this rally.

The fact is that, is Reliance Jio's aspirations already met, and is this what they had come into the market for? I don’t think so. I think they have bigger plans and I think the competition in the market will still be severe and for the numbers to really prop-up in terms of topline, bottomline, in this industry will take a few more quarters before it really settles down.

Anuj: You had come out with an interesting note, I think it was from Kotak, on how Bharti Airtel's numbers will look if we compare them with the way Reliance Jio has reported the numbers. What are your thoughts on the way we have seen the rerating of Bharti Airtel over the last one month?

Chordia: I could not agree more with what Sanjay said on the couple of factors that have perhaps driven the rerating. One, there is very clear path to consolidation in the industry that is visible and that consolidation is happening – you have to understand with the likes of Bharti picking up some of the 'distressed' assets in the sector for a very reasonable price. So that I think of course adds to the positive momentum that has been building up in the sector for the incumbents.

Secondly, on the market part, it is just that the market likes visibility at this point and it is very quick to discount any visibility that emerges which is what is happened with telecom at least as far as consolidation goes. Now from a perspective of whether the sector has bottomed out in terms of earnings, it may not have yet, again I could not agree more with what Sanjay said, it will perhaps take a few quarters for the numbers to start looking better.

However, the hope here is that once they start looking good, then we could be in for a few years of sustained growth in the sector which would return and that in a consolidated market would benefit then the players which remain disproportionately. So that is what I think is driving the positive momentum in the stocks.

Latha: Will it or will it as Sanjay was saying – did Reliance Jio come to be the third player in this industry? I would assume that Reliance would not have come with that plan, therefore, do you think this is only a clam before another storm of rate cuts?

Kapoor: Yes I think you could be right and the first bout was all about smartphone customers in the market and if you look at Reliance Jio and their entry strategy, they have by and large covered that part of the market. The next big salvo and the fight will be around the feature phone part of the market and there are about 500-600 million customers there and the top echelons of that segment, which is about 150-200 million customers, pay almost Rs 150 as average revenue per unit (ARPU) even today.

Now those guys are untouched by Jio strategy and with the launch of their feature phone which is getting delayed for some reason which I am not privy to what is the reason, but the moment that experience with that category of customers moves on from General Packet Radio Service (GPRS) and Enhanced Data rates for GSM Evolution (EDGE), which is really a very poor experience, to a 4G data surfing experience, I think a new market will emerge and that market will then become the potent market to actually upgrade customers from feature phones to smartphones, and the real money again will come from smartphones. So I think you are right, I think this is just probably a pause, and we will see more disruption.

Secondly, I also wanted to highlight, that ultimately if you look at the revenue streams of telecos all across the globe, there are four buckets. There is voice and SMS, there is data access, and there are digital services. As far as voice and SMS is concerned, SMS is dead, voice is declining, and India can’t have a different roadmap to that. As far as data access is concerned, world over, after you cross a threshold, for more and more data, you get less and less money and that either plateaus or comes down. So the only savior for the telecom industry globally is through the digital services. Digital services are not even, they have not even begun in a country like India and I don’t know whether they are in the horizon of many incumbent operators.

So I guess we have got a long way to go. Plus, the longevity of technology is coming down; what was good for 10 years, is good for five years now, and the amount of money that has to be pumped in customer experience in India, is lot higher than what the operators have been pumping in over the last few years.

Surabhi: When share prices run up, it is very easy to forget balance sheet issues that these companies have been grappling with. So the telecom commission has offered relief in terms of spectrum repayment, now there is a longer time horizon, but at the same time, the interconnect usage charge (IUC) revenue that company like Airtel was earning, that will probably drop going forward. So what about reconstruction of the balance sheet, deleveraging? Are you comfortable with that aspect looking at the stock price run?

Chordia: As far as balance sheets are concerned, there is element of stress, especially for Idea Cellular and the potential Idea-Vodafone combination. Bharti Airtel I think is reasonably comfortable at this point, as things stand. As far as some of the regulatory interventions or changes that you just spoke about, IMG 'relief' on spectrum repayments is more a cash flow timing relief than a balance sheet relief because the present value of net debt still remains the same, and your leverage ratios do not change because of that.

IUC, whatever has happened, has happened, and these companies will have to perhaps absorb the pressure unless they can get the courts to rule in their favour. The court proceedings are on so I will not comment further on that. So balance sheet stress to that extent is real, telecos are out in the market trying to monetise their tower assets to manage the balance sheet stress. So clearly this is not something that the market is not cognizant of.

The market is now sort of looking ahead, maybe beyond the next one or two years and perhaps starting to discount a market structure which has three players remaining plus of course the government owned entities, BSNL and MTNL, and a market structure which sort of supports good growth for a few years with an equilibrium in terms of market share that emerges. That is the toughest part to call and as you previously mentioned, what is Jio here for, are they here for a 25 percent share, 30-35-40, that I think is still out there. We will know in due course of time, but that market equilibrium, how is that achieved, I think remains the biggest question mark at this point in time.