172@29@17@242!~!172@29@0@53!~!|news|business|companies|co-fully-geared-to-meet-higher-cng-demand-everest-kanto-1052452.html!~!news|moneycontrol|com!~!|controller|infinite_scroll_article.php!~!is_mobile=false
Subscribe to PRO at just Rs.33 per month. Use code SUPERPRO
you are here: HomeNewsBusinessCompanies

The Supreme Court on Tuesday extended the deadline for all taxis in the National Capital Region to convert to CNG mode from March 1 to March 31 and directed the Centre to set up 104 gas stations in ten districts of NCR.

Everest Kanto Cylinder Limited which is a pioneer in development and production of industrial and CNG cylinders is likely to be a beneficiary of this move. Puneet Khurana, Director, Everest Kanto Cylinders in an interview to CNBC-TV18 said the company is geared up for the expected future demand will sufficient capacity and so there was no need to capacity at current juncture.

He said the plants that were currently operating were running at full capacity.

The market share of the company currently stands at 65 percent, said Khurana. 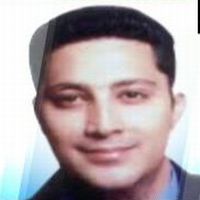 According to him setting up of gas stations by the Centre as desired by the SC will take some time.

Below is the verbatim transcript of Puneet Khurana’s interview with Latha Venkatesh and Sonia Shenoy on CNBC-TV18.

Latha: Interpret this turn of events for us. How positive is it for your company itself? Do you have the capacity to scale up to meet what will be an inevitable increase in CNG demand?

A: Yes, definitely we are geared up to meet this demand. Let us see how things pan out.

Latha: Why do you sound so doubtful about the benefit, doesn’t it look like increasingly more and more vehicular traffic will depend on CNG?

A: It looks like that; I just want the whole plan to be out. Things are coming out slowly; they have planned to put out CNG stations. These projects will take some time so let us hope these things phase out in a proper manner.

Sonia: What is the current capacity of the company and will you be looking to scale up your capacity to meet the expected increase in demand?

A: At this moment we have the capacity to meet this demand so I don’t see scaling up at this point.

Latha: Your last reported numbers showed a fall in revenues of 7 percent i.e. your first half. As well there was a net loss so will the numbers turn into the black, how much can revenues rise at all in the current year itself?

A: It is too early to give any commitment right now on the numbers. Definitely there is surge in demand and with this ruling – too early to say what is going to happen but things are looking up.

Sonia: What is the market share that Everest Kanto has currently?

Latha: Is there any expansion plan at all right now in case you have an increase in demand?

A: Not at this moment.

Latha: Are you running to capacity?