Amit Dixit, a Harvard Business School and IIT Mumbai alumnus has been with Blackstone India for 14 years. Previously, he was a Principal at rival private equity firm Warburg Pincus.

When promoters increase their stake in their company, it is usually considered a positive. It indicates that the promoter is confident about the future prospects of the company. Another yardstick to measure a company's financial health is its sales growth. On analysis, Moneycontrol found there are 59 companies in the BSE universe where promoters have consistently increased their stakes over the past four quarters. Out of these, only four have posted at least 10 percent sales growth in the last two fiscal years. Interestingly, 3 out of 4 stocks have gained over 20 percent in the past year (From December 13, 2019, to December 14, 2020). (Data Source: ACE Equity)

The move is part of a series of leadership elevations in different jurisdictions under Joseph Barrata, the Global Head of Private Equity and a member of Blackstone’s board of directors, these sources added.

“Amit Dixit will continue to oversee India and will be based in Mumbai in his new role,” said one of the individuals cited above.

A second individual confirmed Dixit’s elevation adding that an official announcement would be made shortly.

Both the individuals spoke to Moneycontrol on the condition of anonymity. A Blackstone spokesperson could not be contacted for an immediate comment. 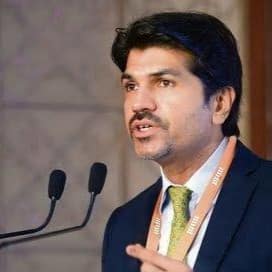 Amit Dixit, a Harvard Business School and IIT Mumbai alumnus has been with Blackstone India for 14 years. Previously, he was a Principal at rival private equity firm Warburg Pincus.