The sharp rise in Refined Nickel and alloy imports can be attributed to accelerating imports from Indonesia and stable shipments from Philippines.

So far, 2018 has not been as good as 2017 for base metals citing global trade war concerns coupled with oversupply fears in some counters. Despite all the odds, Nickel has been shining the brightest not only amongst base metals but also the entire non-agri commodities spectrum.

The silvery white metal, mainly used in the production of stainless steel, has outdone its 2017 performance, and has surged 21 percent on the LME and 31 percent on the MCX in the first five months of 2018 itself. Nickel prices have been supported by falling inventories and rising Chinese demand right from the onset of 2018. LME Nickel stocks are currently standing at four-year low of 2,87,646 tonnes while Shanghai inventories at present stand at 30-month low of 27,430 tonnes.

Not only this, Nickel ore imports by China have more than doubled to 6.6 million tonnes in the first quarter of 2018 compared to same period in 2017. 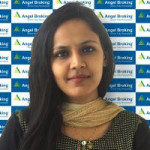 Besides, Refined Nickel and alloy imports have surged 14 percent from nearly 53,000 tonnes in the first of 2017 to 60,000 tonnes in the same period in 2018. The sharp rise can be attributed to accelerating imports from Indonesia and stable shipments from Philippines.

In fact, Indonesian imports in March at 1.37 million tonnes were the highest monthly total since the ban was imposed in 2014. Supplies from Indonesia have been growing fast enough to replace Philippines as the top supplier to China while Philippines’ President Rodrigo Duterte has been stern on the mining industry.

Having said this, the major breakout in Nickel prices came only after the US imposed sanctions on Russian President Vladimir Putin’s allies including Russian oligarchs and companies controlled by them as well as government officials.

This sparked fears that sanctions could extend to world's second-biggest nickel producer, Norilsk Nickel, after inclusion of aluminum giant Rusal in the forbidden list and pushed average Nickel prices to $14426.7 per tonne and Rs 972.57 per kg, highest since late 2014, on the LME and MCX respectively.

Currently as well, Nickel prices are basking under the glory of output cut in China after the local government ordered Shandong Xinhai Technology Co, one of China's largest nickel pig iron producers, to cut back output ahead of the Shanghai Cooperation Organisation (SCO) summit. Also, Output of Stainless steel, which drives two thirds of Nickel demand, touched 12.2 million tonnes over the first three months of 2018, after robust growth in 2017.

Overall, falling global stocks, expectations of widening deficit coupled with electric vehicle boom will boost Nickel prices further to Rs 1,120 per kg on the MCX in the near term against current market price of Rs 1,030.3 per kg.

Disclaimer: The author is Research Analyst, Base Metals, at Angel Broking. The views and investment tips expressed by investment expert on moneycontrol.com are his own and not that of the website or its management. Moneycontrol.com advises users to check with certified experts before taking any investment decisions.