Chinese smartphone maker Xiaomi has stirred up a storm in India, its most important global market having sold 55,000 units of its flagship Mi3 phone in less than a month. However, Xiaomi will have to spruce up its act and look beyond its exclusive tie up with ecommerce giant Flipkart if it wants to build on its initial success.

Xiaomi's decision to distribute its flagship model Mi3 through Flipkart has been a runaway success. Priced at Rs 13,999, the Mi3 has flown off Flipkart's virtual shelves in all four online flash sales that took place on Flipkart between July and mid August, but not without challenges. While Xiaomi is under fire for stocking low quantities, Flipkart is feeling the heat of customer frustration for being unable to manage heavy traffic when the Mi3 goes on sale.

Chinese goods have a notorious reputation for being low quality and Xiaomi does not want to be plagued by this image. Hence, it is investing heavily in after sales service. Thirty-four different sales service providers cater to the top 20 cites and Xiaomi has two exclusive service centres in Bangalore and Delhi. "Our aim is to expand this as much as possible. At least have our own exclusive stores in top 10, 20, 30 cities. Have larger format experience stores, have multi brand outlets to cater to top 50-100 cities as soon as possible,” adds Jain. 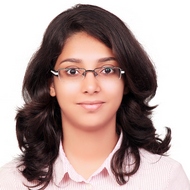 While Xiaomi will not shift production to India from China and Taiwan, it is keen to set up its own research and development (R&D) centre in Bangalore. Jain says, "Few months down the line, we would want to set up our own R&D centre to build software features specific to India. I think that has huge potential because Indian consumers are so different from rest of the world."

Nevertheless, India has its own set of challenges. Mi3 phones sold through Flipkart, are being retailed on sites such as eBay at an arbitrage of Rs 5,000, threatening Xiaomi's distribution model. Xiaomi admits it is uncomfortable with this and has set up policies to restrict users from buying more than 1 piece per week from Flipkart. It is also talking to other ecommerce websites where such arbitrage occurs to monitor the situation. However, it admits beyond these limited measures, there is little it can do.