The myriad articles accusing RBI governor Raghuram Rajan of bringing his school fellow and friend Nachiket Mor into the RBI as its Deputy governor or COO are outright lies.

I  have so far resisted commenting on other journalists and their views but this once I am violating myself given rule. The myriad articles accusing RBI governor Raghuram Rajan of bringing his school fellow and friend Nachiket Mor into the RBI as its Deputy governor or COO are outright lies.

May be these fellow journalists of mine don’t intend to lie (since some of them are really nice people) but on this one, they are making some really facile conclusions with little or no evidence and based entirely on gossip.

For one thing, the decision to restructure RBI was not Rajan's baby at all. It was a job begun before he took over.

At an offsite for senior management in early 2013, two groups of CGMs and RMs put forth their views on how they would see their work and their departmental design reorganised. Both groups argued that the current 21 departments lead to RBI working in silos. 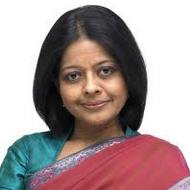 In his first interaction with senior management, the key takeaways of the offsite were presented to the new governor who asked them to go ahead and present a report on the issue. Deputy governor K C Chakarabarty contributed a great deal of his thoughts and the report was finally ready under deputy governor R Gandhi.

The report, widely contributed to by RBI senior management, aimed to bring departments doing similar functions under one DG. For instance, regulation of banks, NBFCs, and urban cooperative banks lies with different departments. The report wants them under one DG so that a change in prudential rules in one part of the financial sector is extended to other sectors, if necessary, before it gives way to regulatory arbitrage. Likewise citizen-facing departments were to be clubbed together. Monetary policy and research would be a department by itself.

The restructuring envisages one department that will look at RBI's internal housekeeping, the HR, training, transfers and promotions of RBI officials. The creating of such a department is with the following objectives: One, many staff functions need to be upgraded because their need has been felt only recently. For instance, forensic auditing, derivatives trading or IT.

The HR department is meant to identify such lacunas and plan the training. The idea is to make this department come under a 5th DG who should be called the COO considering the nature of his/her functions. This DG/COO position is meant for an RBI insider, since they are simply better placed to handle such issues. In fact, top ranking RBI officials told me other central banks too have one DG position for internal affairs so as to ensure that people from any branch - even security, press relations, or say Hindi bhasha can rise to the position of DG.

Now the point that these officials make is that by definition this 5th DG will be an RBI insider and hence journalists assuming that Rajan created this post for his class fellow Nachiket Mor is so completely laughable and fantastic. It was a demand from RBI senior management and will be filled by one of their ilk.

As I see it such a function is not even Mor's  core competence or interest. Mor is a banker par excellence with extraordinary skills in treasury management, prudential rules and financial inclusion. Doing HR for RBI would not even interest him, even assuming an outsider was recruited for this, which again is most unlikely.

The result of such unwarranted mud slinging and casting crony charges on the governor has been to instil fear in the minds of the unions against the revamp. While the revamp is looking at lateral hires too, seen in the context of press reports saying Mor will become the 5th DG, the unions are worried that promotions will become tough in the new revamped RBI and that newcomers may get the cream.

As two DGs, one current and one former, told me, RBI is in need of restructuring and retraining. There is a need to stop this old bureaucratic practice of transfering people every three or five years. There is a need to keep people in the same job for long so that specialised skills are developed. Rigorous performance evaluation is also needed so that knowledge gaps are identified and training provided.  They pointed out that RBI is functioning in a fast changing financial world where instruments and individuals are getting smarter by the day. Rapid and constant growth of key officials is a necessity. But this entire sensible exercise has been reduced to a fanciful charge that the governor wants to favour his old school friend.

I do hope the tiny band of scribes who cover the central bank show a little more maturity rather than a  cub-reporter’s craze for sensational headlines.

Now, Disney+Hotstar to offer fitness content in times of COVID-19