With this new offering, the company will enter into Rs 9-12 lakh price range segment. Sources add that this model would be first of new family of cars designed by Suzuki.

The country’s largest carmaker Maruti Suzuki is gearing up to protect its market share and how? Top sources have told CNBC-TV18 that the company is looking to fast-track its entire range of product pipeline in an effort to protect its share of the passenger vehicle market which stands at 40 percent plus currently. Sources say the company will be launching an all new premium sedan later this year with a target of bringing it out during the festive season. The proposed model is being developed on the Ciaz platform that Maruti showcased during the Auto Expo earlier this month.

The new car would see Maruti enter the price bracket of Rs 9.5 lakh and Rs 12.5 lakh – a segment where Maruti is not present in currently. Till date its most expensive made-in-India car is the SX4 that retails for a price of just above Rs 9 lakh. “The new car will be competing with the Honda City and Hyundai’s Verna. We will follow a bottom-up approach to manufacturing which would happen right here in India,” an insider privy to the company plans told CNBC TV18. As per plan the company is targetting 12 new models, including refreshed versions, by 2017.

The product would be the second big launch from the company this calendar year close on the heels of it small car Celerio which is currently clocking a booking of 1,000 units per day. In fact a source revealed that just last year in an investor presentation in the Tokyo Motor Show Suzuki Motor Corporation had said that it would look to launch one new model in India every year. “This year we will have two brand new model launches instead of one which shows the efforts from Suzuki and Maruti to fast-track products in India,” the source said. Just last month chairman of Osamu Suzuki had told reporters that India is the “most critical market” for Suzuki Motor Corp globally and had asked Maruti not to use the Rs 7,500 cash balance on capacity build but on new newer products.

Industry executives also see Maruti’s move to enter a new segment as a major tactical shift under its new India head Kenichi Ayukawa who became the managing director of Maruti Suzuki with effect from April 1, 2013. Many say its former MD Shinzo Nakanishi’s main focus was to consolidate its core product base of small cars and entry level sedans. In anticipation of the launch Maruti will be investing in back-end infrastructure to upgare dealerships as well. “The new car from Maruti should not be confused with the Kizashi. We never manufactured the Kizashi in India and it was only an experiment on our part,” the source said. 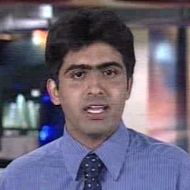