Battle against bad loans: Videocon’s fate to be decided next week

Lenders are drawing up a list of the next lot of companies from whom bankers can recover their dues using the insolvency route. CNBC-TV18 has learnt that Videocon Industries could be the next company to be referred to the National Company Law Tribunal (NCLT) for insolvency proceedings.

Sources told CNBC-TV18 that lenders to Videocon are considering referring the case to the NCLT under the Insolvency and Bankruptcy Code after it has defaulted on the payment of its loan to major domestic lenders in the last couple of quarters. The company has a debt of Rs 45,000 crore, of which Rs 24,000 crore it owed to the domestic lenders.

Videocon was not in the original list of 12 companies that Reserve Bank of India had identified for the initiation of the bankruptcy proceeding.

Dena Bank was the first bank to declare Videocon Industries as non-performing asset (NPA) in the Q4FY17 after which SBI, ICICI Bank, PNB, Union Bank of India and Bank of India also declared the company as NPA in Q1FY18. 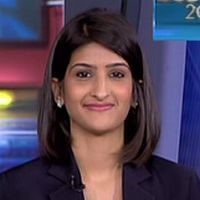 Ritu Singh
Reporter|CNBC-TV18
The lenders are currently evaluating on the viability of the plan submitted by the promoter of the company, but a decision is likely to be taken up next week whether to accept the proposal or to send it to the NCLT.