The next five years are critical. Subsidies are not going to continue and financing for these large buses needs to be addressed, said the Switch Mobility CEO.

The bus, dubbed the EiV22, is the first of 200 electric double-decker buses to be added to the BEST fleet. BEST is Mumbai’s civic transport body.

Initially set to run through the city’s Colaba and Kurla neighbourhoods, the bus seats 66, has a 231 kwh battery, with a claimed range of 250 km.

According to Switch mobility, 60 percent of the components have been sourced locally, with only the battery cells and a few electronic items being imported. The battery pack has been designed keeping in mind the wear-and-tear the bus is going to endure on a daily basis.

Switch, which also designs and supplies double-decker electric buses to London’s fleet, has provided over 300 single-decker EVs to the Bengaluru Metropolitan Transport Corporation (BMTC). States are adopting electric buses in order to achieve their electrification goals and reduce the carbon footprint of cities.

Moneycontrol caught-up with Mahesh Babu to discuss what this means for urban mobility and the future of public transport in metros.

As per our calculation, a single double-decker will reduce CO2 emissions by about 70 tonnes in one year. When you take into account the 200 double-deckers we will be running by the next financial year, it is like planting 86,000 trees every year. The double-deckers are a good fit for urban India, because you carry twice as many people with the same road footprint, just by increasing the weight of the bus by 18 percent.

This is because we have a lightweight aluminium composite body. We also reduce the carbon footprint by about 40 percent per passenger, compared to a single decker. 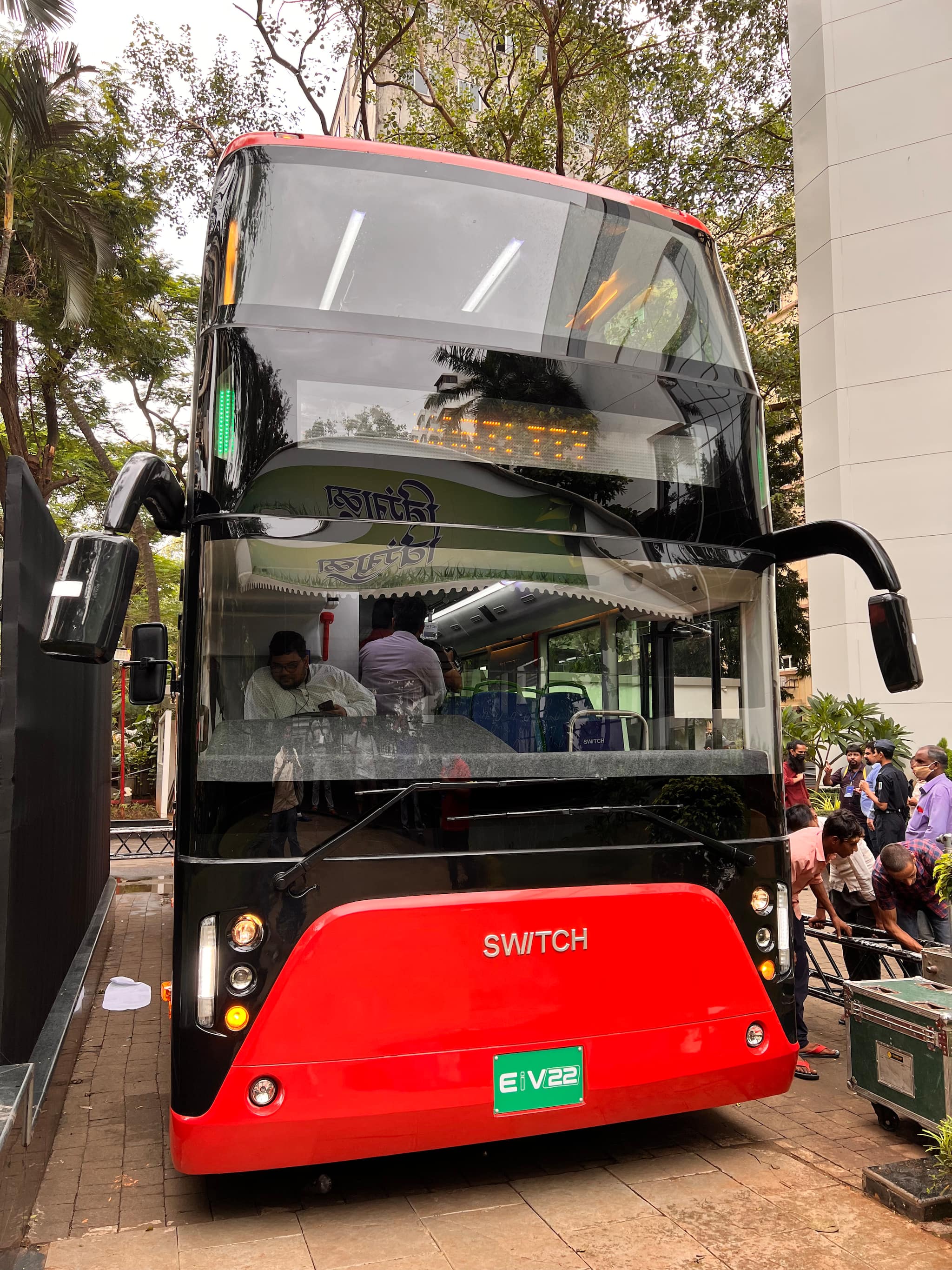 If you look at safety, there are three or four levels. For example, thermal events can happen when the (battery) temperature starts rising. We have our own proprietary ION connected mobility system which allows Switch to monitor the temperature of every single cell.

Should the temperature exceed, say 35 degrees, and the indicator starts to move from green to yellow or red, we will intervene before that happens and assess the situation. Is the battery overheating due to ambient temperature, or is it because of extensive driving?

Whether it is overheating due to some cell dysfunction, or any other reason, we have a thermal runway. There is an in-built fire detection and suppression system, which will sound an alarm, allowing passengers to disembark. Inert gasses which will control the situation, ensuring that the bus does not catch fire and passengers are safe.

We took about a year to conceive this product. Local content is more than 60 percent. We only import the cell, like everyone else, but the pack is assembled here. The motor and the controller is assembled locally by our partner in Pune. Some chassis, steering, and other components have been carried over from the existing Ashok Leyland bus.

I have to give BEST credit for being one of the most forward-thinking, technology-oriented bodies in the country. They are experimenting with many things which are cleaner, safer, and better for cities.

For the next one year, BEST will be our biggest customer. They are talking about adding greater numbers, while other cities are discussing procuring only about 5-10 double-deckers.

But once one civic body adopts a new technology that is more economical, safer, and cleaner, it is only a matter of time before others follow. The ask from BEST is for 700 double-deckers, we have won a tender for only 200 of those.

BEST intends to increase its fleet to 8,000 buses, from about 4,000 today.  I expect all the new buses to be single and double-decker EVs.

We will have to see how to scale.  We will be happy to participate if BEST comes up with another tender. We are working with them on a tender for single-deckers as well.

Our sister company OHM Global Mobility will be maintaining the buses as BEST does not have the technological capability to do so. BEST is giving us two depots, where we will be placing 240 kwh double-gun charging outposts. These can charge from 0-100 percent in under an hour.

Electrifying fleets across the country

We have an order for 200 buses in Mumbai. We are talking to multiple cities, including Delhi, Bangalore, Hyderabad, etc.

Mr Nitin Gadkari gave a good suggestion, that we should not only look at intra-city, but inter-city transport as well.

This is just the beginning. We strongly believe that given the urban congestion, people are looking for comfortable modes of public transport.

Also, we want more women driving these buses. For all drivers, fatigue will come down substantially as it has direct drive — there is no gear change, no clutch.

Right now, it does not have any advanced driver assistive system (ADAS) features. But our Warwick facility has started work on developing ADAS tech.

We are an integrated global EV brand, we have R&D in the UK, in India. Looking at the volumes in India, I would say the need is much higher in India compared to the UK or other countries. In phase I, a lot of the tech would come to India.

I would give credit to the central and state governments. Both FAME II (Faster Adoption and Manufacturing of EVs) and state subsidies have reduced operational costs. Anything less than Rs 50 per km will be manageable for the STUs (state transport units).

Future of e-mobility in public transport

I believe the next five years are critical. Subsidies are not going to continue and financing for these large buses needs to be addressed.

Once we have addressed the issue of financing, I believe the adoption will be much higher than 30-40 percent. If you are not able to sort out the financing, it will be around 20 percent.

At present, only one percent of Mumbai’s public uses road transport, with the majority relying on trains. With this double decker, we hope to see a higher level of penetration.

We are getting a subsidy of almost Rs 66 lakh per bus. We will have positive cash flow in two-three years. But since the subsidy is on a per km basis, it would take five years to become profitable.
Parth Charan is a Mumbai-based writer who’s written extensively on cars for over seven years.
Tags: #Ashok Leyland #electric buses
first published: Aug 19, 2022 07:43 pm