Review: Tata Altroz DCA off to a good start

Has the new dual clutch automatic gearbox on the Tata Altroz been the missing link all along?

Parked in the driveway, sporting a rich shade of “Opera Blue”, the Tata Altroz DCA immediately marks itself out as a very good looking car. In fact, design has always been one of its strongest attributes although it hasn’t proven sufficient in making the Altroz a segment leader. Part of this has to do with the 1.2-litre Revtron motor which makes a decidedly un-premium 86bhp.

While Tata does have a more powerful turbocharged variant which addresses the power deficit, the standard model leaves you wanting, also because it lacked a key feature available in other premium hatchbacks: an automatic gearbox. Its precisely that niggle that Tata aims to address by adding another feather to the Altroz’ premium cap – a dual-clutch automatic gearbox.

When the Altroz arrived on the scene, it heralded a new era for the brand. An era marked by sensational design, excellent safety levels and improved build quality. The first car to be based on Tata’s modular ALFA platform, it was big on utility and style, if not on outright performance. By introducing a dual-clutch gearbox to its Altroz line-up, Tata Motors is able to provide a fairly sophisticated feature at a price point undercutting the competition. But the question still remains, does the DCT add to the Altroz’s appeal?

In short, yes. The unit is smooth enough and features wet-clutch management and shift-by-wire tech wherein electronic signals initiate gear change. As far as dual clutch units go, this isn’t the most seamless one out there, but it does palpably improve the Altroz driving experience.

Upshifts are reasonably quick and heroically attempt to keep up with even the most lead-footed throttle inputs. Downshifts are  more impressive and well-timed, as is the manner in which that gearbox engages with the car while crawling through traffic. 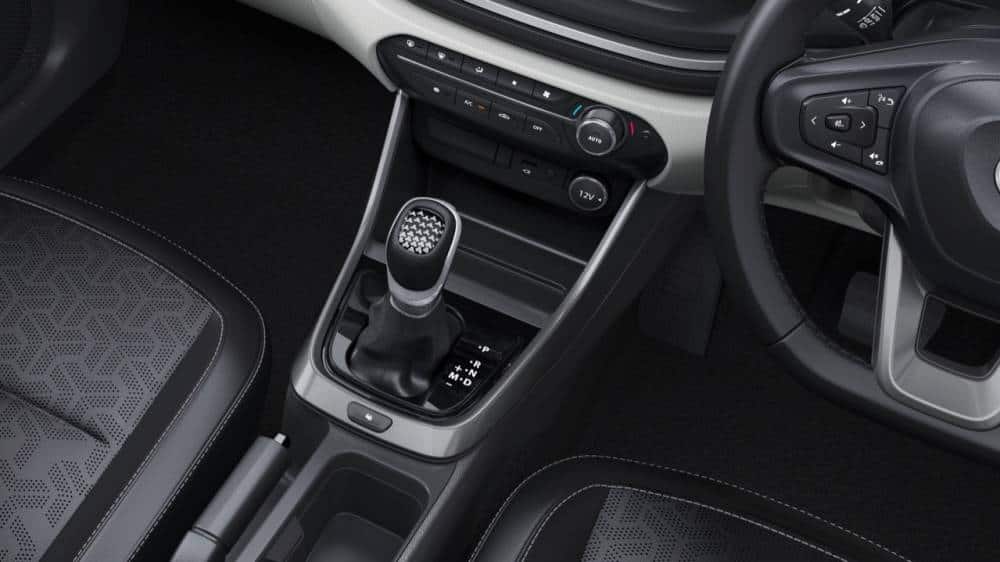 But, alas, the Altroz DCA is held back by its underwhelming 1.2-litre naturally-aspirated motor. Step on the throttle and the engine seems vocally displeased about it, but puts all 86 of its horses to work nonetheless. The issue is that dual clutch technology is designed to enhance or smoothen an already refined engine, which in hatchbacks, makes for spirited driving. That key component is missing in the Altroz DCA as it is mated to the naturally-aspirated motor and not the turbocharged one. In order to slot the Altroz DCA in a more affordable price bracket, Tata Motors decided that the 1.2 turbo would put it in a far more expensive bracket, neutralising the benefit of a frugal, robust automatic option.

The Altroz DCA’s appeal lies in how you see the car. If you see the DCT as a performance enhancing addition, you’ll come out disappointed. If you see it as a utility and convenience enhancing option that just happens to pack slick dual clutch technology, things start to make a lot more sense. Add to that Tata’s claimed ARAI-tested mileage of 18.18 kpl and it becomes evident that everything about the Altroz DCA is calibrated for efficiency and convenience. Including the gearbox’s mannerisms. It doesn’t like sudden, dramatic bursts of speed. For that you’ll have to slot the lever sideways and switch it to manual. This way you get to have total control over gearshifts which allows for a marginally more engaging drive.

On the inside things remain the same. The only visible change here is the auto box with the Altroz’ clean, minimalistic dashboard remaining otherwise unchanged. The top-end XZ+ model seems plush enough, with keyless entry, a cooled glove box, dual airbags etc. The latter helps the Altroz attain its stellar five-star, adult occupant safety rating (as per Global NCAP standards).

The Tata Altroz DCT with 86hp and 113 Nm of torque and a wet-clutch set-up has not been introduced for its driving thrills. This is a comfort, utility and frugality-focussed automobile which delivers on all those fronts at a starting price of Rs 8.10 lakhs. With its supple suspension, quality finish, spacious booth and excellent safety credentials, the Altroz was always a well-rounded product. Now that an automatic gearbox has been added to its list of features it does manage to offer a more effective rebuttal to its competition, which might just be a tad higher on both frills and thrills. As far as solid fundamentals and ease-of-use of, the Altroz DCA is off to a good start.