Santosh Iyer to take charge in January as Managing Director. He is at present the Vice President of sales and marketing, and will be the company’s 10th boss. “It’s a recognition of my love for the Three-Pointed Star,” says Iyer.

Two decades after having a string of county heads who were engineers parachuted in from Europe to run Mercedes-Benz in the subcontinent, the Stuttgart-based market leader announced that the next executive to run the German car maker’s operations in India will be a long-time professional from within.

Santosh Iyer, who joined Mercedes-Benz over a decade ago, and will be the company's 10th boss, is at present the Vice President of sales and marketing. He will take charge as Managing Director at the company’s Pune headquarters in January, succeeding Martin Schwenk who had been running the show for the past three years. 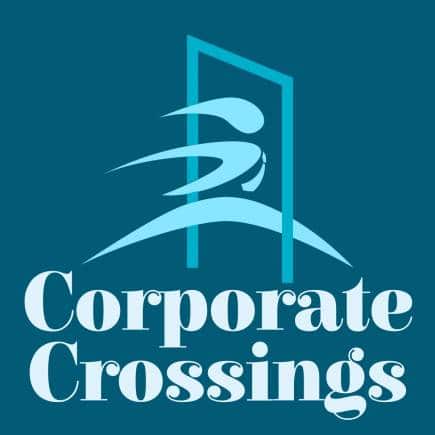 Iyer, 46, received his schooling from St. Joseph’s High School, Mumbai, followed by a degree in Commerce at the University of Mumbai and then ventured out to Nepal for a stint that included distributing and servicing capital equipment for major engineering brands like Greaves, Ingersoll Rand and Escorts construction equipment.

After that, Iyer came back to India where he worked in a variety of corporate roles for corporations that included Avery India, Yamaha India, Toyota Kirloskar Motors India (2004-2008), and Ford Motors India (2008-2009). He joined Mercedes-Benz India in 2009.

‘Working for Mercedes is more than just a job’

“The appointment shows the tremendous faith on the part of colleagues in Stuttgart on the dynamic team in India, and I am privileged to lead this young, zealous team,” Iyer told Moneycontrol.

“For me, working for Mercedes- Benz is more than just a job. As they say, if you do what you love, magic happens, and this elevation for me is a recognition of my love for the Three-Pointed Star,” he said.

Iyer adds that his mandate, starting next year, will include continuing to drive Mercedes-Benz as the most desirable luxury brand in India while exceeding customer expectations with innovations and initiatives as the industry shifts to a new era of mobility.

“We have strong customer loyalty and we want to continue this winning momentum and drive a profitable sustainable business here,” he said.

Sandeep Goyal, Managing Director of Rediffusion and former founder chairman of advertising firm Dentsu, says: “Santosh is a very astute marketer. I have known him through his journey from Yamaha to Toyota and now Mercedes. His ability to understand products, understand customers and understand the changing market dynamics has always been his strength. Under his command, you can be sure that Mercedes will become a more approachable brand."

In his own words, Iyer notes that his top three key contributions to the company have been “supporting the transformation of Mercedes-Benz into the most desirable luxury brand in India, the turnaround of customer services business via digitalisation, reducing cost of ownership and ensuring  that it leads in customer satisfaction, and lastly  strategising and implementing new business model, ‘Retail of the Future’, which transforms customer experience and has ensured franchise partner profitability .”

Mercedes-Benz India launched the direct-to-customer business model ‘Retail of the Future’ (ROTF) in 2021. This model provides real- time customer data that enables the company to sharpen its campaigns and CRM initiatives.

Iyer’s promotion comes on the back of his working across departments that have been core to the company’s sales and distribution.

In 2016, he was elevated as VP for customer sales and service and he helped turn around the profile of the dealerships, working closely with dealer principals and travelling around the clock to meet them across the country. He consequently set up business units and divisions that included MB Tires (with Continental), the MB Training Academy and an insurance business partnership with Reliance Industries.

In July 2019, he took over as head of sales and marketing where he drove digitisation analytics and online sales, which reportedly account for almost 15 percent of the company’s sales now.

What’s his own personal favourite when it comes to cars? Iyer says it has historically been a sporty and high-powered C-63 AMG, but of late he’s gravitating towards the recently launched first electric EQS 53 AMG.

Iyer, an unassuming and low-key executive, is originally from Thrissur, Kerala, but grew up in Mumbai. He is known to be a 'zero in-box person' who doesn’t keep any work pending, plays golf and enjoys road trips. Also, he's a family man who is not averse to donning a Spiderman mask to keep his two twins sons and daughter entertained, and is a dedicated fan of street food.

In recent times, Mercedes-Benz India has led the luxury market and has been in this sole position for eight years running, with the total number of cars sold last year around 11,242 units, ahead of both BMW and Audi.
Pavan Lall is a senior journalist based in Mumbai.
Tags: #Corporate Crossings #Mercedes-Benz #Santosh Iyer
first published: Aug 29, 2022 12:30 pm