UN Secretary-General Antonio Guterres said: We will be destroyed by climate change, not the planet. This will be for us a clear indication that we absolutely need to change course.


The 50th Annual Meeting of the World Economic Forum recently concluded at a stunning ski village of Davos-Klosters, Switzerland.  Activists and leaders from around the globe voiced their strong opinions, on a wide range of topics, climate crisis holding paramount importance. Even Twitter was abuzz, with hashtags such as 'climate change', 'positive' and 'impact' on the sidelines of the forum.

Discussions at Davos circled around climate, economy, space, society, human rights, and achieving the goals of the Paris Agreement. Climate activist Greta Thunberg emphasized on the climate crisis and said, "act as if you loved your children above everything else." Later she added, "Unlike you, my generation will not give up without a fight."

Many leaders like US Presidents Donald Trump talked about protecting the inventors, who likened Elon Musk to Thomas Edison. Angela Merkel, the German Chancellor, spoke about the Libyan conflict. She stated that like Syrian refugees, Libyan refugees, too, would flee to Europe. Sanna Marin, who was in the news recently for becoming the youngest Prime Minister ever, spoke about supporting the election of female leaders and how it should become the 'new normal'.  Former United States' President Al Gore was also present, who compared the current climate crisis to the 9/11 terror attacks.

World leaders and activists came together to discuss the drastic changes of climate change. At the forum, UN Secretary-General Antonio Guterres said, "We will be destroyed by climate change, not the planet. This will be for us a clear indication that we absolutely need to change course. Humankind has declared a war on nature and nature is striking back in a very violent way." Prince Charles too voiced the same sentiment, saying global warming was the greatest threat to the humanity.

Meanwhile, six global activists had stayed at the Arctic Basecamp in Davos. The Basecamp was an outreach program, stressing on the importance of climate change that has been in Davos for the last four years. Vanessa Nakate, a climate change activist from Uganda, said, "We are practically representing those people who are already facing the impact of the climate crisis. It is time to get out of our comfort zones." 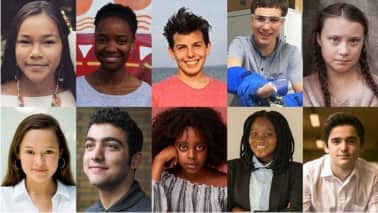 The summit is also known for corporate deal-making and global networking. The deal between Trump and Ursula von der Leyen, the head of the European Commission, was in the buzz along with a massive $1 billion donation from billionaire George Soros for building a new university network.

Borge Brende, the President of the World Economic Forum, gave a statement to mark this year's event as came to an end. He said, "Our 50th annual meeting has been truly remarkable. It was remarkable due to the real progress that we created together on a spectrum of issues, on public/private collaboration, which is crucial.