Why your annual bonus fails to increase your net worth? 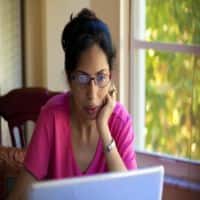 Warren Buffet’s mantra is very different from what most people follow. Instead of saving what is left after expense, he advocates spending what is left after savings. No wonder he is considered to be an expert in his field. This article dwells upon the need to use discretion after receiving a lump sum payment and the fallout of unplanned and unnecessary expenditure.

What happens when you are expected to receive a lump sum?

Srinivasan is very happy. He is anticipating a big bonus within the next three months, due to his performance. He has been planning to change his household furniture and replace them with more modern ones, as soon as he receives the money. His wife is not willing to wait that long and she convinces her husband to buy the furniture, which she has already decided upon, with his credit card. Her logic being, since the money was to come anyway, the purchase can be made now and payment be made later. Srinivasan is convinced and makes the purchase on his credit card.

The credit card bill arrives on due date but unfortunately the revision has not yet been finalized due to certain problems. Srinivasan is in a fix now.

The general family mindset when you are expected to receive a lump sum:

A lot of people spend in anticipation of an income which as a practice can create liquidity crisis later. More so, if the income which is expected to come, is in the form of a lump sum payment. The euphoria of an anticipated bonus or arrear salary payment can lead people to spend first and think about paying later. Renovation of homes, purchase of car, etc. are somecommon consumer spends in such situations. No wonder investment experts predict a boom in consumer spending in the aftermath of implementation of the pay commission recommendations. Errors in judgement committed by individuals while spending out of lump sum receipts can lead to a financial anarchy.

Here we explore some outcomes caused out of small indiscretions committed on anticipation and/or lump sum receipt of money:

1. Inability to foresee and plan for the future
Often, the inability to plan properly leads to a situation where an individual spends the lump sum amount on non-productive items, instead of allocating them as per predetermined financial goals. In any person’s life the financial priorities need to be mapped out to the best extent possible. There might be eventualities which are beyond control but through prudent spending and saving habits, one can absorb the shock of such unforeseen circumstances to some extent. When a lump sum payment is about to be received, the same may be allocated in such a manner, that it acts as a cushion for difficult times. Financial plans need to be drawn up in keeping with the short term and long term goals of the individual and lump sum payments can be used to supplement the investment needs.

2. Failure to manage expenses and spending more than the earnings
This situation occurs when individuals spend on the basis of anticipated income. Let us look at another example which is similar to the one above but depicts a more quantifiable impact.

Subbarao is expecting to receive Rs. 2 lakh as arrear income when the new pay scale is implemented as per the pay commission report in about a month’s time. He goes on to purchase new furniture for his home and spends Rs. 2.10 lakh on them, making the payment through credit card. However when the arrear payment is computed and paid the gross amount works out to Rs. 1.90 lakh and the net amount after deduction of tax leaves Subbarao with an amount of Rs.131290, as a consequence Mr. Rao ends up with a net deficit of Rs. 78710.

This extra amount is a debt which Subbarao had not bargained for and now has to be repaid out of the regular income. He may even have to pay interest on his outstanding balance if he is not able to pay the full amount in one go, after the completion of his billing cycle. Thus the increase in his salary will be negated by the increased outgo of interest and thus leave Subbarao with no benefit in real terms.

There are instances where people fix a budget for the purchase of certain high value items, for example gold or diamond ornaments, and then end up spending way beyond the budget, thus they bringing avoidable financial burden upon themselves

3. Effect of failure to curb additional expenditure
“Cut your coat to suit your cloth.” It means that one should be aware of the available resources and then match the expenses against it. What if that isn’t done? Obviously, such a situation will lead to additional liability for the individual.

4. Wasteful and unnecessary spending
Spending wisely is the essence of financial prudence. Purchasing a product just because someone else has it is not a very wise move. Changing mobile phones frequently or purchasing new electronic gadgets for children can often be a drain on financial resources. Instead, spending money on necessities and for educational exigencies of children are prudent decisions.

Conclusion
Because of the above outcomes, the annual bonus or lump sum arrear payment is not resulting in increasing our net worth. To avoid this and increase our net worth, we can consider the below inferences:
 Prior planning should be made before the receipt of lump sum payments
 Spending in anticipation of a lump sum receipt can lead to overs spending
 Always provide for tax deduction before calculating net amount of lump sum receipt
 Do not create additional financial burden by going beyond means
 Spend only that much which is left after saving as per the financial plan.