What women need to learn about money? 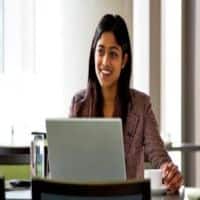 Women today have made inroads into every field or sector of human endeavor  – be it a pilot, banker, police officer, explorer, astronaut, scientist etc.  They are also present across hierarchies – from the lower rungs to the rarefied echelons of top management. Many of them even call the shots as CEOs in major corporations. And yet, women seem to have a pathological dislike towards money.

The upshot – their money lies around in their bank accounts, in fixed deposits (FD), post office deposits, insurance policies and the like. All these so called “safe assets” are actually low yielding traditional investments – which tend to be poor choices whichever way one looks at it.

Why women’s choices are conservative?
It may be something to do with the societal conditioning.  The subtle messages that they receive from childhood ensures that they develop interest in everything, except finance. Finance is supposed to be the preserve of men.  Hence, most women just clam-up when it comes to finances. They are not willing to educate themselves on financial matters due to this pathological aversion and hence their choices tend to be simplistic – FDs or recurring deposits (RD) etc.

Also, women inherently tend to be less of risk takers as compared to men, in general.  We find this from the risk tolerance tests we administer.  This aspect is important and needs to be factored into the advice. However, even factoring this, they would still need some exposure to assets other than FDs and post office investments, if they are to achieve their financial goals. Too much conservatism actually increases the risk of not being able to achieve goals & ending up with an insufficient corpus for the retirement years.

How do they manage their finances?
For most part, they do not seem to be managing their finances! Their father, brother, husband etc.,  tend to manage their finances. Many times,  women don’t even know where their money is being invested.  Often times, they sign any form put before them, unquestioningly!  Even accounting for the fact that their father or husband would have their best interests at heart, it is supremely naïve to sign off forms and issue cheques without knowing what it is for. Many times women sign entire cheque books – to be used in future.

This brings about peculiar situations… their money gets invested in assets which they themselves would not approve.  Their risk tolerance vis-à-vis investments are not taken into account at all.  Since they have ceded control, they can’t do much about it.

Also, this brings in a level of vulnerability, which could have been avoided in the first place. There are so many stories of how their money have been mismanaged, swindled.

Also, from observation, we find that we get far less women clients than men.  Women need good financial advisers even more than men, due to their aversion to finances. Yet, they are the ones who seek advice the least.

The way forward
There is just no replacement to some enlightened self-help.  Saas bahu serials & other weepies may be interesting. But then a bit of time devoted towards educating themselves on finances would reward them hand over fist. This is what will ensure their financial freedom - which eventually is a passport for them to a better life, everywhere.

With financial freedom, they enjoy better status in the family, are able to pursue their interests and also ensure that they are not being pushed around.  They tend to have far more choices when they are financially secure.

With so much at stake, how come women are not equipping themselves on money matters? Things are changing – but only just. More women need to take up the onus of educating themselves. They need to ask the right questions while forms are put before them to sign. Simple questions are all that are required - what are the features & benefits of this product?  How is it suitable to me? What are the alternatives? How tax effective they are?

It is not a sign of lack of trust when women want to know what they are investing into. They need to understand that first.  Then they need to convey it to those people who assumed their passive assent in the past.  Where they are not sure, they should seek professional advice.  It is after all their future which is at stake.  It makes sense to secure it, doesn’t it?