The power of compounding 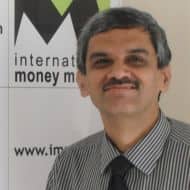 One of the most powerful tools that we all have access to but tend to underestimate is - compounding. Its importance and application is most relevant in managing money.

To highlight, consider a simple example of two investments, A and B. Investment A pays out an annual interest and computes the interest on the original deposit while Investment B computes compound interest and pays the cumulative maturity value at the end the defined period.

The differential in the total amount in hand at the end of the period increases with increase in the investment tenure. This highlights the most important aspect of compounding ie longer you stay invested greater are the benefits derived.

To further emphasise on this point, imagine an investment of a lakh made in a market linked security at the time when your child was born. Assuming the markets earn 12%pa return during this period, the amount invested would translate to Rs. 8.98Cr 60 years hence at the time of your child’s retirement!  However if the same lakh was to be invested upon his graduation at his age of 18, the value at his retirement would be Rs. 1.16Cr.

Let’s consider an example of Mr Early who starts investing for his retirement right from the time he begins to earn at age 25. On the other hand,  Mr Late decides to first take care of his other needs before planning for his retirement and postpones saving for the purpose until age 40. Mr Late did not realize that even on saving double the amount of what Mr Early saves each year; the corpus accumulated by him is still 30% short of what has been accumulated by Mr Early!

To benefit from the power of compounding there are two main aspects to be kept in mind- Discipline and Time. Another example below highlights the importance of regular investments over a period of time.

The chart below shows the impact on quantum of saving required to accumulate Rs. 1Cr at retirement (age 60), if such investments are made in a risk free asset earning 8% return year on year starting at different periods of time.