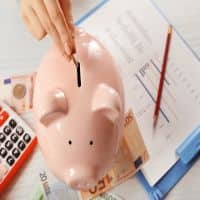 Imagine that you are supposed to play a football match as a forward. You have never played for this team and you do not know the players. Also, imagine that both teams are wearing a white dress – indistinguishable from each other.

You reach the ground late, by which time the match is already on. You are ushered on to the ground and asked to start playing. Since you do not know which is your team and which side you have to score the goal, how would you play the game? Is it possible that you look at the other players and follow where most players are targeting? What are the chances that you would score a self-goal?

The world of investing is different. There, such stories are quite common. Since there are only two goal posts on a football ground, the probability of scoring a self-goal is roughly 50 percent. It is either the right goal or a self-goal.

How about real life? If you do not know where the goal post is, you just don’t know. Anything other than your own goal would result into a self-goal. You end up on the losing side if you hit anywhere but the goal post you are supposed to target at. Unlike the football ground, nobody else defines your goals in real life. That is your responsibility.

However, not defining a goal (or goals) for yourself is more likely to end up in a financial defeat for you.

The good news is: you can define the goals the way you want.

It is your choice and only your choice. Nobody questions that decision.

Once you have defined the goals, it is entirely up to you to decide how you play the game. Depending on the goals, you may have to play an aggressive game or a defensive game. Just make sure you do not score a self-goal.

So go ahead, set your life goals. Convert these into financial goals by assigning an amount and a timeline to these. Plan for achievement of these goals and live a fulfilled life.

The author runs Karmayog Knowledge Academy. The views expressed are his personal opinions. He can be reached at amit@karmayog-knowledge.com.