Investor to be ready for more risk in MFs: Lovaii Navlakhi 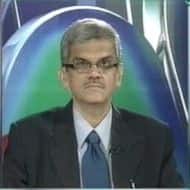 Lovaii Navlakhi answers viewers’ queries on investments in mutual funds on CNBC-TV18. He advises on investing in debt or fixed income mutual funds, if one is looking for better-than-bank returns over a period on a monthly investment. However, the person should be careful of the higher risk involved in these, he says.

Also read: 8 things your agent MUST tell you

Below is the edited transcript of his interview to CNBC-TV18.

A: He should remember that when he is investing in something which is other than a bank deposit, which is giving better rate of return, there will be some higher risk. As long as he is prepared for that, that is number one.

He is a businessman. So, possibly, he is paying tax at a higher tax slab so he should try and find an alternative where he gets a better post tax return. There are companies fixed deposits which are available, but if he is going to invest on a monthly basis I would suggest that he looks at debt or fixed income mutual funds which are short-term variety.

The only thing that I need to warn him since he has mentioned that that he wants the money back in 10-15 months is that these funds will have an exit load of 12 months from date of entry. So, what he invests six months later he can only take out 18 months later.

As long as he can ignore the short-term volatility, one of the funds I would recommend is Birla Short-term Opportunities Fund. It has a yield of about 10.3 percent. As it is mutual fund it is also tax effective, he may get a fairly good rate of return especially when interest drops going forward he may make even better.

Q: You were talking about company fixed deposit or corporate deposits. Can you give us some names which ones are the most lucrative? Which ones have the highest rate of interest and are the most reliable?

A: All the three are not unfortunately available in one package, highest rate, most reliable etc. That is the first warning that if one wants really high returns there will be deposits with risk.

So, if one wants marginally higher returns, something more than a bank, then companies like Mahindra and Mahindra Finance or Dewan Housing are some of these which are rated fairly high.

The only warning is that don’t lock into fixed deposits for very long period of time; one year, two year, three years is fine. Beyond that it is best to take the money out. We do not want the National Spot Exchange type of scenario.

Q: Need Rs 5-6 lakh via my portfolio of mutual funds. I invest Rs 8000 per month? Should make any changes in his portfolio whether it is good at its current stance or not?

A: There is a whole bunch of things in that portfolio. One of the things he talked about is largecap equity funds. I would look at largecap equity funds today possibly the better ones are Axis Equity, Birla Frontline Equity, ICICI Focused Blue chip among this lot; he has focused blue chip.

Maybe, the other two funds, is DSP Top 100 and HDFC Top 200; he could look at replacing. The SIP can happen in the other funds. He should possibly also look at a midcap fund like an ICICI Discovery, Mirae Asset Emerging Asset Fund.

In terms of his amount that he is looking at very roughly, if he is investing Rs 8000 a month and gets a 12 percent return on his investment, then over a three year period he is likely to get about Rs 3.5 lakh.

If he invest for a five year period then he is likely to get a return of about Rs 6.5-7 lakhs which matches what he really requires.

Insurance also needs to be bought from a protection point of view and not an investment point of view. Sometimes there is some mis-selling. I saw in his query that he had Jeevan Saral and he said after three years or five years he can withdraw, I don’t see that in the product.

If I withdraw after 3-5 years I will only get 50-60 percent of the premium spread. Very- very important that people look at insurance from a risk protection point of view and keep the investments really separate.