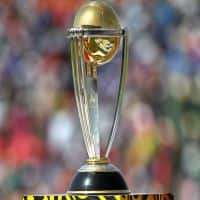 The ICC Cricket World Cup, 2015 is the flavor of the season. Our Indian team is playing brilliantly with 6 wins out of 6 league games and a quarter final win against Bangladesh. It is really heartwarming for an Indian fan to see this turn-around after a disastrous tour of Australia where India managed to win only a single game in the Triangular championship. This turn-around did not happen overnight, in fact this is a result of some principles that our team management believed in and stuck to. There are some very valuable Investment lessons we can learn from the way our team has been playing.

Look at the Big Picture

Team India: There was criticism from the media and fans alike who were aghast with Rohit Sharma’s form. Similar sentiments were echoed for Suresh Raina and Ravindra Jadeja. Some even questioned their very presence in the team. Nobody had given Mohammed Shami an outside chance to be India’s highest wicket taker.

Investments: Similarly, oftentimes economic situations in the country may force the markets to behave differently than you would expect. It is important to keep faith and avoid the tendency to Buy-Low, Sell- High. Although it would seem like the most logical way to make quick money, historically this tendency has caused many retail investors to lose their hard-earned money. Let us get one thing straight – there is no crystal ball to predict how the markets perform. If someone had the crystal ball, he would have been the world’s richest man.

Have Faith and Back your Decisions

Team India: In spite of being hounded by the media and fans who went so far as to question his integrity in team selection, captain cool Dhoni kept faith in his team. He shielded them and gave them the opportunity to perform. With the captain firmly on their side, the team went out and played their hearts out and the results are there for everyone to see. Dhoni’s faith in his team and his conviction to back his decisions is the fundamental reason why India which was almost counted out of the cup is the live-wire of the World Cup this year.

Investments: Similarly, when making investments, it is important to have faith in your portfolio and not try to tinker too much with it with only short term goals in mind. It helps to have a long term vision and allow your investments to weather the markets so that they are primed to reap benefits when the storms die down.

Team India: The best thing happening to our team right now is that every match has a different hero, every match has been won for us by a different team member. Unlike in the past, we are not burdened by one team member carrying a billion hopes anymore. We are a team that can proudly say that we are a bunch of winners under one roof. We have some of the best batsmen, some of the best bowlers and some of the best fielders in this World Cup. But the most important thing that we noticed in our team is that in each match, there was a different team member who put up his hand and delivered the goods when it mattered. In the end, it was not one man’s brilliance that got us to be where we are today, but a set of people who delivered the results when some of them could not do so well.

Investments: When it comes to investments, it’s a known fact that diversification helps reduce the risk associated with investments in the markets. But when it comes to actually investing in a diversified portfolio, we get bitten by the lazy bug and end up investing in less number of asset classes than what we should be investing. It is very prudent to go that extra mile and implement your financial plan completely so that the power of diversification helps you to accumulate wealth, same way as it is helping our Indian cricket team.

While we cheer for our Indian cricket team and celebrate their success, there are some very strong fundamental values that they teach. It would be a good idea to implement these values into our investment decisions to build wealth in the long term.