How to maximize your wealth? 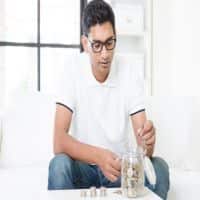 “Which is the best investment?”
“Which stock / sector / market would give the best returns in the next one year?”
“How do I earn the highest returns on my investments?”
“What should you do this Diwali?”
“Buy now” or “Buy before …”
“Buy one, get one free” or “X% discount”

These are among the most common questions and advertisements being discussed all around. All these have a common thread and one must see that thread for one’s own financial well being.

Some of these focus on increasing your spending, some tempt you to spend “now” and some others discuss about earning the highest rate of return.

What matters the most for someone investing one’s money for the purpose of funding some financial goals or to create wealth? Let us look at the only equation that matters

The “P” in the above equation is the difference between what you earn and what you spend. While you may have very limited control over your income, some of the expenses are discretionary in nature and hence you can exercise restraint and reduce or defer those. The better control you have over your spending, the higher your savings.

In this context, most of the discussions focus on reducing your “P” (spend more) and “n” (spend now) and on increasing “r” (rate of return). The interesting part is, while “n” and “P” both are within your control to a large extent; “r” is almost never within your control. The other important fact is that the attempts to increase the “r” of returns often leads to increase in the “r” of risk – sometimes known, sometimes unknown.

As already mentioned earlier you can increase “P” by investing more, which means spending less, especially on things you don't need. You can increase “n” by starting the investment process as early as possible.

However, the moment you decrease “P” or “n”, the only way “A” (the future value of your investments) can grow is by increasing the “r”. See the irony.
It is important to understand the relation between the variables that can impact your wealth in the future. It is also important to understand what one can control and to what extent. Quite a few discussions in the mass media are nothing but distraction.

Resolve to focus on your requirements. Wish you a wealthy future!

The author runs Karmayog Knowledge Academy. Views expressed here are his personal views. He can be reached at amit@karmayog-knowledge.com.
Video Tutorials