How can an investor maximize the value of his investments? 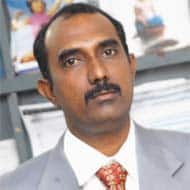 What would it be like if we tried to click the mouse pointer on an icon and the icon kept shifting position? It would definitely irritate and frustrate us. Similarly "value" is something which can behave like the irritant icon.

In the financial world which “value” is “true value” for a particular investment can be difficult if not impossible to determine. This is because the parameters based on which evaluation is being made may shift, throwing up a different figure each time.

Many would be of the opinion that it is the organization’s ability to produce consistent earnings over a period of time. At the other end of the spectrum would be something called “liquidation value”, which in simple terms would be the short-term assets which are pegged at a higher value, after meeting all liabilities than the market quoted capitalization.

Back in the 1950s’ people were interested about the information pertaining to business enterprises which were on the verge of liquidation as the prices tended to move north when such an eventuality presented itself.

"Worth more dead than alive” was a rhetoric which was popularly used to describe such opportunities. However it is important to note that the ‘value of today’ may be different from what it was yesterday and could vary with the “price of tomorrow”.

It boils down to the fact that it is of paramount importance to the investor to get his assessments right, as that is where the crux of the matter lies. A conclusive assessment of the stock value which the investor loosely believes in is far better than an inconclusive or incorrect opinion on valuation which is firmly believed and implemented.

The Relationship between Price and Value

It is always true to say that “value for money” is derived from acquiring an article or making an investment when the utility derived from the object (article or investment) is greater than the price paid for it. This analogy may be further extended to state that “Investment success doesn’t come from buying good things but rather buying them well”.

Buffet quoted that ‘ Stock market is designed to transfer money from Active to the Patient. It is important to note that the investor needs to make a concerted attempt towards understanding the mind and motives of other investors. It can provide enriching knowledge and experience required for sustained profitability in the financial world.

On the flip side, investing aimlessly would be like chasing a mirage. An oasis which seems to exist but actually may or may not be there. It leads to a situation where the investor will either gain a windfall or  incur stupendous losses. It can be safely concluded that – buying something at less than its intrinsic value is what it is all about in the investment market.

No prediction is cent percent foolproof unless proved so in the long run. The full risk in a portfolio can only be understood threadbare until hindsight is visible and by then perhaps the worst is over anyway.

It is always a good policy to weigh the management performance against the market volatility to have a fair estimate of the investment opportunity when such a possibility presents itself.

What kind of result a person can expect if he masters the value investing skills? Here is a matrix which has been used by Howard Marks to compare the priorities and expected outcome of two different investors and an assessment of their respective prospects:

Tips to become a better Investor

So what does the investor do to assess value of an investment which he or she has made or proposes to make in the future?

Well, if we may emulate Warren Buffet, the best thing to do is to gather as much relevant information as possible. Buffet, is known to read the Wall Street Journal, New York Times, Washington Post besides the business section of the Los Angeles Times, Chicago Tribune, Fortune, Forbes and Business Week.

1. Read the business section of your daily newspaper with particular attention to news on companies whose stock you hold or propose to hold.

2. Gather a fair idea of the different economic parameters which have an effect on stock price- petroleum prices, GDP figures, ratings by international rating agencies etc.

3. Fix your own parameters as regards your risk taking ability, the amount of investment to be made and other investment priorities.

The above should hold every investor in good stead on a long term basis.

The author is Ramalingam K, CFP CM is the Chief Financial Planner at holisticinvestment.in, a leading Financial Planning and Wealth Management company.