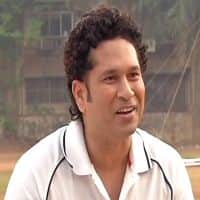 If there is one thing that unites India, irrespective of state, language, religion, caste, color and creed, it has to be Sachin Ramesh Tendulkar. The name Sachin has reverberated in our ears and souls for more than 24 years and it still has mysticism when we hear it even today, 2 long years after the great man hung up his playing boots. We feel he would come out to bat every time an Indian wicket falls and resurrect the innings like only he can, how he has always done.

If we closely look at his career and personality how he went about becoming himself, we would be amazed to note some stand-out points that teach us invaluable lessons in personal finance. Let us take a look at 5 fundamental financial planning lessons that we can learn from Sachin:

1. Starting early helps
Sachin started playing when he could barely hold a bat. He played for the country when his classmates were yet to write their 10th standard exams. If we look at the length of his tenure at the top level of cricket, it can be attributed to the early beginning he received. It would be difficult to imagine any other contemporary cricketer to last 24 years.
Similarly, when it comes to financial planning, we keep hearing this all the time, to start saving early. Let us take an example of a 25 year old professional who starts to invest INR 4000 per month and he would continue investing the same amount till he is 60 years old, till his retirement. If we consider the rate of return as 10%, can you imagine what kind of corpus he would be left with when he retires? It is a whopping INR 1.53 crore. Behaviorally, we postpone investing thinking that we would start to invest when we start earning more. Consider the same professional starts investing INR 8000 per month when he is 35 years old and keeps investing till he retires at the age of 60 years. Now can you imagine what corpus he would have earned? Even though, he was saving double the amount, his corpus is only INR 1.07 crores. This clearly illustrates the power of compounding.

2. Unflinching focus on the goal
One thing that separated Sachin from other cricketers is his focus. He never had time to stare back at a fast bowler who beat him, or the unlucky few who tried in vain to sledge him, only to realize that he is just not cut out for that treatment. He would just look down, walk down a few paces, tap the pitch and take guard again, this time with double the concentration. Right from his childhood, he wanted to play for India and win matches for it. For him, that goal never faded, never became routine, nor stale even though he had done it a thousand times in all forms of cricket. It shows the measure of the character of Sachin who never flinched even when there were questions raised about his intentions. He stuck to his trade, his skills and let them do the talking.

3. Discipline definitely pays
If we have to choose one quality among the many he possesses, it would be his discipline. Even at the peak of his career, when he got out to a particular ball or a bowler more than once, you can see him working on his technique, ironing out the flaw that only he saw, because for others, he was flawless. That discipline, that commitment to his career and the cause, is the single most important virtue that made him what he is today.

Similarly, in financial planning, it is always recommended to have discipline. There are no short cuts to become wealthy. It is only through discipline that we can accumulate wealth. Instead of expecting miracles when investing, it would be prudent to stick to the basics and be disciplined. For example, if you are doing a monthly investment for one of your goals, never stop it till the goal is achieved.

4. Choose your own time to quit
Sachin chose the day he would hang up his playing boots. Only he knew the wear and tear his body was being subjected to in each match and how much more it could take. Also, more importantly, only he knew when he should pack his bags because Indian cricket was going through a transition. His presence was needed by the youngsters in the dressing room and on the ground. His wisdom was cherished by them like many of them have acknowledged openly. Keeping this in mind, he chose his retirement at the most appropriate time, right after India won the World Cup, 2011.

Similarly, when it comes to financial planning for retirement, we should take into account our responsibilities and our contribution before taking a call on retiring before the age of 60. All aspects of personal finance should be taken into consideration and only then the decision should be taken. We have to remember, that it is our decision.

5. Have a post-retirement plan in place
Even during his playing days, Sachin followed his dream and being a foodie, opened a chain of fine-dine restaurants. Apart from this, Sachin has also invested in 7 different companies where he holds various percentage of stake. This supplements his other income that he receives from endorsements. He had started to diversify and plan for his retirement even during his playing days. A rare quality that we need to learn a lot from.

Similarly, it is very important to plan for one’s retirement well in advance and not when we are just a few years away from it. It would be a wise to start planning for retirement at the peak of our career as this is when we can plan the best for our retirement.

Conclusion
“Chase your dreams, because dreams do come true.” Sachin retired from international cricket with these inspiring lines on November 16, 2013, leaving millions of fans in tears. Arguably the best batsman spanning two generations, this man has gone down in the annals of cricketing history not just as the player with the most records to his name, but also as the ambassador of the game, transcending boundaries that define countries, both that play cricket and the ones that don’t. He has inspired a whole generation of cricketers and taught us valuable lessons in financial planning which, if implemented with the same dedication and commitment that Sachin showed throughout his career, would be very beneficial to the common man as well to accumulate wealth.