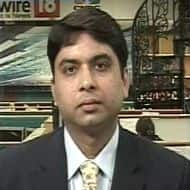 There are two types of claims as far as mediclaim is concerned - cashless and reimbursement. In an interview to CNBC-TV18 Harshvardhan Roongta, Roongta Securities explained the pros and cons of a cashless mediclaim and re-imbursement claim.

Below is the edited transcript of his interview on CNBC-TV18

Q: There are two types of claims as far as mediclaim is concerned; one is cashless and the other one is reimbursed. This week we will talk about what needs should be kept into mind to ensure that cashless claims are processed smoothly?

A: Cashless is a mechanism wherein if a patient is treated within a hospital which is on the panel of the insurance company, then an insurance company settles either the part of the claim or the entire claim directly with the hospital. This requires a patient not to pay any amount, at the hospital, for the treatment. There are certain procedures, which needs to be maintained and if you follow those procedures then your claim is smoothly processed.

At the first level, all the hospitals who are empanelled with the insurance companies will have an insurance desk in their hospital premises. A policyholder has to acquire a pre-authorization form this desk, which has to be filled in completely. Each policyholder needs to make sure that all the information that has been asked for in the form has been correctly and completely filled because any information missed out will only delay the process of getting an approval.

Once you fill in the details of this form, which typically is the nature of the treatment or the surgery that you are going to undergo, and the likely cost of the treatment, which the hospital will inform you in advance, then the dates of admission and discharge.

This filled form needs to be stamped and signed by the hospital and the consulting doctor both, and then it has been faxed across to the third party administration (TPA) or the insurance company. Now after having evaluated this data which is now available with the insurance company, they will approve a particular amount and send a fax back to the hospital saying that 'X' amount has been approved.

Let us understand this with an example. If the hospital has estimated and given a cost estimate of about Rs 3 lakh, the insurance company and the TPA will probably rework this and as per their estimates for instance approve Rs 2 lakh. So now they have sent a fax back to the hospital saying that we will pay the expenses upto Rs 2 lakh under cashless and if there is any amount which is more than this then we will look at it later on.

Suppose at the time of discharge, the bill is generated to the extent of Rs 2,60,000. In this case the policy holder has two options in front of him. First, he again sends a fax back with the final discharge summary and all the bills and reports, to the insurance company and wait for their approval to come by. This probably could take some time.

It takes a couple of hours, so in this period, your discharge is likely to be held up. The other option is the policy holder himself pays the difference of Rs 60,000 and then he submits those original receipts to the insurance companies for the reimbursement of this Rs 60,000.

To sum up, the policy holder needs to keep in mind that he must not miss out on any information that is asked in the form because if so, the insurance company is going to get back time and again for the missed out information then that will only delay the process.

So, go by this process, keep in touch with the insurance company even after you have sent them the pre-authorization form, so that at least it can take up the matter. Because sometimes we have noticed that the fax has been sent but nobody has looked at it unless you make a follow-on call to them. If you maintain the processes and keep in touch with them, the likelihood of getting an approval quickly is very high.

Q: Are the premiums for cashless higher than reimbursement? Wouldn't there be a constraint in terms of empanelled hospitals for cashless? Are there constraints that may work against cashless?

A: There is no difference in the premium for availing a cashless facility or a reimbursement. There is one standard premium. To answer the second part of the question; if you need to get admitted into a hospital and there is no bed available in an empanelled hospital but you still need go ahead with the treatment and so you get admitted into a hospital which is not on the panel, then there is a bit of constraint. To put it simply, cashless is an added benefit rather than the prerequisite of a treatment.

S, if you happen to be admitted into a hospital, which is on the panel, good for you. If not, then you need to get yourself treated and get a reimbursement of the claim.

Q: In that case, the insurance company does reimburse you, only it is not cashless, you are reimbursed?

A: Absolutely. You are going to be paid for the claim. If the place that you are getting treated is a registered hospital defined as per the policy, or a nursing home then you will be paid but just that you would not have a cashless facility.

Guest Q: My father was recently unwell and he had to be admitted to the nearest hospital but that hospital was not covered in our mediclaim policy, so thought of moving the hospital but was advised against it by the doctor- So how can I claim domiciliary hospitalisation in such a situation, what is the documentation procedure required for it?

A: Domiciliary hospitalization is a situation wherein the patient cannot be moved to a hospital because he is very critically ill. This needs to be certified by your doctor that the patient was in a position where you could not have moved him to a hospital so treatment started at home.

But in your case, it is very clear that you had approached a hospital and just because the hospital was not on the panel of the insurance company, you have chosen not to take the treatment there.

If you get yourself admitted in that hospital, which may not be on the panel of the insurance company, you can avail of the treatment. The only thing is you will have to pay all the charges yourself upfront and then apply with the insurance company under the reimbursement option for the claim. I do not think, technically your case would fit into a domiciliary hospitalization process.

Secondly, there is a restriction, if your sum insured is Rs 3 lakh, the domiciliary hospitalization coverage will not be Rs 3 lakh but it will be restricted to a part of the sum insured. So check all these detail. The filing process of domiciliary hospitalisation claim is quite similar to a reimbursement process. Once it is established that you are entitled to this kind of a claim then probably we can go ahead and look at how to go about reimbursing your claim.