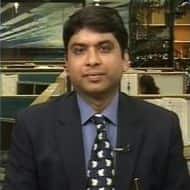 In an interview to CNBC-TV18, Harshvardhan Roongta, Roongta Securities spoke about the new Mediclalim 2012 which is introduced by four general insurance companies.

Provisions in mediclaim policies you must know

Below is the verbatim transcript of Roongta's interview with CNBC-TV18.

Q: The four general insurance companies have introduced the new mediclaim 2012 recently. What are the pros and cons?

A: New India effective today has introduced its new policy. So, the entire general insurance companies have modified their mediclaim policy, which was erstwhile named Mediclaim 2007 to Mediclaim 2012 now.

There have been some changes in the features and few of them have been good. One of the good things that have happened is that premium loading; in case a person would make a claim above a particular percentage of his sum insured, the premium in the subsequent year was charged higher. That has been done away with. At the same time some restrictions still remain in the policy with respect to the percent of sum insured to room rents. The filing of claim, the number of days after discharge from hospital was 30 days earlier which now has been reduced to seven days and the premium has gone up by about 20-30 percent.

So, for all the policies which come for renewal now, what are the choices available in front of the policy holder? The first is that the company is giving them an option to retain the old features. However, they will have to pay the premiums as per the new rates. So, going by the comparison of the features, I would advice the policy holders to accept the new features that are coming in and take a call whether to continue or not.

Comparing the new features with other policies available by private insurance companies, it still fall short of a couple of things. Therefore, the idea is that one can currently look at moving existing policy from general insurance companies to some private player. This process of moving the policy is called porting. The advantage of porting the existing policy is that all the benefits that have been accrued in the policy get transferred into the new policy. So, the waiting period of four years for pre existing ailment, everything gets waved off when one waves the port policy to the new. The process is also very simple; it’s just that one has to start this process of porting about 45 days before the date of renewal.

For porting one has to fill in the proposal form of the new company that he wish to take the policy from and a portability request form. These forms need to be submitted to the new insurance company within 15 days the old insurance company has to respond back to the company with all the details of claims and medical history. If the new company does not respond within 15 days then as per Insurance Regulatory and Development Authority (IRDA) guidelines it’s deemed acceptance of the policy and he will be continue to be covered with new insurance company.

Just a small point of caution, in case the policy holder has adverse medical history or claim history, it is not advisable to apply for portability because the new company in all likelihood will refuse to accept this policy. Therefore, in such a situation the policy holders are advised to continue with the old policy and pay the extra premium and the adverse features but however that should be kept in mind.