Mediclaim policies: Roongta explains what to look out for 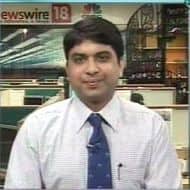 The market is flooded with number of mediclaim policies, which confuse the investors. In an interview to CNBC-TV18, Harshvardhan Roongta, explains which mediclaim is best suited for individuals.

A: After privatisation, we have seen a lot of insurance companies launching their mediclaim policies. So there are competitive products but at the same time these lead to confusion in the minds of the individuals.

Considering the mediclaim policy per se, it is basically a policy which promises to reimburse the hospitalisation expenses. Within the mediclaim itself there are two types; one is an individual policy and other a family floater. Irrespective of the type of mediclaim that one is taking, there are certain features which an investor or an individual should look out for before he buys the mediclaim.

I will name four or five important features to look out for in the policy. One is that some policies have a sub-limit within their policies. For instance, some policies say that there is a restriction of 1 percent on a room rent, which means that if a person has a Rs 3 lakh mediclaim cover; 1 percent of Rs 3 lakh is about Rs 3,000. So the individual is entitled to a room which is upto Rs 3,000 per day. But for some reason he gets into a room which is Rs 5,000 or Rs 6,000 per day charge because he does not get a normal room, he chooses a room of higher category. Now the expenses that the insurance company will bear is going to be proportionate to the category, which he is entitled to which is Rs 3,000 per day. Hospitals do have a practice of charging the operation theatre charges and surgeon’s fees depending on the category of room that you are in. It is more appropriate for an individual to buy a policy, which does not have these sub-limits within the policy.

Another thing which a person needs to look out for is that there is a levy on claims that you make. There is a loading that an insurance company levies in case you have made a claim. For example the same person with Rs 3 lakh cover makes a claim of Rs 2 lakh in a year, which is more than 50 percent of his sum insured. Next year when the policy comes for renewal insurance companies penalize the individual and charge him almost double the premium of what he has paid last year. You need to be careful if that clause is included in your mediclaim policy.

Then is also another point that the individual needs to look out for and that - is there a maximum age till when the insurance company will cover you, which is say 65 years or 75 years of age. One need to ensure that the policy is going to promise to cover you even beyond 75 years of age, that you are going to live and gives you lifelong cover.

Other smaller points what is the period before hospitalization that you are going to be entitled for reimbursement and post-hospitalization? When are the pre-existing illness going to start to be covered? What is the network of hospitals? These are the basic futures that you need to look out for in your mediclaim policy and decide and compare it with another company.

If you keep these points in mind, it will be much easier for you to select an insurance company that you want to buy mediclaim from.

Q: Does the cover normally include even non-allopathic treatments like ayurvedic treatments?

A: Normally non-allopathic treatments are not covered but we are seeing introduction of some policies which cover ayurvedic and unani treatments. However, they necessarily need not be rest cure. That is one cannot take them just to rejuvenate or to detoxify oneself. It has to be a part of the treatment. Once it is proven to be a part of the treatment, then it can be considered, provided it is provided in your policy document. For one who wants to buy a mediclaim has to look at this feature as well.