Insurance Ombudsman: All you need to know about 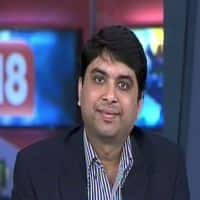 What kinds of complaints can be filed in Ombudsman office:

a) Any partial or total repudiation of claim by an insurer
b) Delay in settlement of claims
c) Non-issuance of policy document after receipt of premium
d) Any dispute w.r.t premium paid or payable in terms of the policy
e) Any dispute to legal construction of policies in so far as such disputes relate to claims.

• Who can file : only individuals can file their complaints in the ombudsman office and not corporate / companies.

• What is the procedure:
Take example of claims rejection:
a) When a claim has been rejected, you have to make a review application with the insurance company's grievance redressal department / nodal officer (every insurer is mandated to have such as department)

b) If a reply is not received within 1 month from the insurance company OR the reply is not satisfactory then you can file a complaint with the Insurance Ombudsman office in your jurisdiction.  Imp: Jurisdiction of the policyholder address and not the insurance companies address. Ex: policyholder stays in Mumbai but insurers office is in Chennai, you can file your complaint in Mumbai.

c) Few points to remember: i) you have to file your complaint within 1 year from the final communication from the insurer. If its after 1 yr then complaint will not be entertained.
ii) The same complaint should not be pending before any forum / court or arbitration. If you have already filed a case in court then you cannot file with the ombudsman.

d) The procedure to file complaint is extremely simple. You may write a letter mentioning your policy number and the brief of your complain. Attach a copy of the policy document, claim form, claim rejection letter received and any other documents that you may have handy.

e) The ombudsman office will then write back to you giving you a complaint number and form P-II & P-III. These are simple forms that taking down the details in a particular format.

f) You are then required to submit the forms alongwith the documents as asked for in the Form P-II & P-III. You can send these documents via courier or post also, no need to visit the ombudsman office.

g) After this, a date will be fixed by the Insurance Ombudsman and a personal hearing will be granted to the policyholder and the Insurance Company is also called in that hearing.

h) Usually, in just one hearing the matter is resolved. There is no further system of giving another date and the case going on.

i) An executive from the ombudsman office is appointed to represent the policyholder free of charge to help (as the policyholder does not know all the rules of insurance ), hence no lawyer required.

• As per the guidelines, the Ombudsman is required to dispose the complaint within 3 months from receiving the complaint, however, it takes about 1-1.5 years to get an award. This is due to the overload of complaints. Nevertheless, this is a very effective and zero cost way to get your complaint settled .

• If your claim has been rejected and you say it should not be rejected, then there is a dispute. Somebody needs to hear both sides and see all the supporting documents. IRDA as a regulator does not do that for individual policies. IRDA IGMS does not have any adjudicating powers – that is – it cannot order insurance companies to pay claims. If you have filed your claim and the company is not responding then you can write to IRDA IGMS and they will direct the insurance company to process it quickly. Once the insurer rejects the claim, it cannot order them to pay.

• Such adjudicating powers are with the courts and Insurance Ombudsman

• Individuals should definitely approach the Ombudsman as the redressal is very quick and with zero costs.

"The writer is a CERTIFIED FINANCIAL PLANNER with Roongta Securities and can be reach at harsh@financialsuraksha.com"
Our Expert