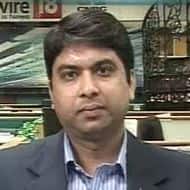 Although, most people rely on insurance cover, claims can often be a hassle for the consumer. In such cases, one can easily approach the office of the insurance ombudsman, specifically appointed by the government to look into such matters, said Harshvardhan Roongta of Roongta Securities. According to him, it is an extremely cost effective method whereby the decision is given within one or two hearings. Moreover, the consumer does not have to go through the hassle of appointing a lawyer also.

Hence, an insurance holder can always approach this office if he sees trouble.

Here is the edited transcript of the interview on CNBC-TV18.

Q: As we always suggest that financial planning is not actually complete without insurance such as life cover, mediclaim etc. However, when it does come to finally making a claim many people actually face a problem of their claims being rejected. What are the options with policyholders in such cases? What is the procedure to file a claim? What should an insurance holder keep in mind when he files claims?

A: We have seen a lot of cases even in the consumer courts which are pending because insurance claims have been rejected. When the consumer has filed his claim and everything is in order, citing some problem with the policy document the insurance companies have rejected the claims.

This leads to a consumer feeling absolutely cheated and he feels harassed that he has to go through the expensive and often time consuming process of the consumer court. In order to instil that confidence back into the minds of policy holders the Government of India has inducted an office of the insurance ombudsman.

This is a platform where you can file a complaint if there is any grievance related to your claims. It is absolutely free of cost and the consumer can seek a review, he can seek an award and decision based on the rejection. This office is extremely cost affective, there is no cost for filing a complaint, there is also no need to hire a lawyer. Moreover, he doesn’t need to go through an agent he just needs to be present there. Usually the decision is given within one or two hearings. Therefore, it is far more speedy.

Q: Is it easy for an individual to argue his claim before the ombudsman or would a lawyer be advised, after all the individual may not know the nuances like precedents or the fineprints. Should the claimant go and argue his case on his own or should he better look for an expert as well in the banking ombudsman case where we find they are seriously backed up, is this ombudsman so completely backed up that he will be able to give you redressal in time?

A: Absolutely, in fact it is a rule for filing a compliant and you cannot hire a lawyer. You cannot have an insurance agent or an industry expert assisting you. Why? Because the ombudsman’s office is fully equipped, they have their own staff who look at the case in a very neutral manner and they argue the case on your behalf.

It's an extremely consumer friendly process wherein a consumer should not think twice, should not hesitate before filing his complaint with the ombudsman. Insurance ombudsman is basically hired either from the insurance industry itself or he is from judicial services or the civil services. The person is adequately capable of looking at the case in a neutral manner.

They are trying to make it extremely simple without involving lawyers and keeping it cost effective for the consumer. That’s the process and it is interesting to know that the verdict given by the insurance ombudsman is binding on the insurance company. The company cannot further go and appeal against the order of the insurance ombudsman. However, the choice is given to the individual, if he is not satisfied with the award he can further go to the courts.