What exactly is it that makes a city smart

Cities, whether in India or across the world, are major contributors to economic growth and social prosperity. From housing robust infrastructure to creating employment opportunities, cities are hubs of development. They contribute to nation-building and act as engines that propel a country in the direction of progress. No wonder then that cities perpetually witness an influx of migrant population. However, they are also at the receiving end of the harmful effects of pollution and climate change. Now if this is how cities are then what exactly does the term ‘smart cities’ mean? How are they different from the cities that you and I live in? What makes them worthy of being personified as ‘smart’? Let us find answers to these.

In the last few months, the term ‘smart cities’ has been extensively plastered across Indian newspapers, internet and social media, and not without good reason. After all, the Narendra Modi-led BJP government, which just completed a year in power, has promised to create ‘100 Smart Cities’ across the country. The aim of this ambitious project is to take the benefits of urbanization to more and more people. The idea is to reshape India’s urban landscape, push for inclusive growth and make cities more livable. As contours of this mammoth initiative are busy taking shape, we tell you the factors that make a city smart. A study conducted by Juniper Research lists out technologies, utilities, buildings, infrastructure and the smart city itself as the key components of a smart city.

Worldwide, citizens and governments are embracing technology and innovation like never before. Buoyed by internet, big data, and smartphone penetration, cities are getting smarter, intelligent, sustainable and energy-efficient. As device-to-device interactions increase, urban spaces are getting more and more connected. The result is better transport systems, advanced healthcare, enhanced service delivery mechanisms and most of all, improved governance.

In a nutshell, a smart city is one that uses digital technology solutions to enhance the standard of living of citizens in ways that are economical and eco-friendly.

A McKinsey study titled ‘India’s urban awakening’ says that India must harness the power of big data when it comes to tracking land availability, population growth, job mix and income mix. This data can then be used to deploy smart technology solutions that will be energy-efficient and citizen friendly. A country the size of India needs well-integrated transport solutions that will solve traffic-related problems and reduce people’s dependence on public transport.

For long, urban growth and development has been happening at the cost of human and environmental health. As a result, we must ensure that smart cities of the future are sustainable and eco-friendly. This includes creation of green buildings and green infrastructure. The encouraging news is that India has already taken positive steps when it comes to constructing green structures. India has the largest number of green-rated LEED buildings outside of North America.

As the Indian government is taking firm steps in the direction of smart city creation, it can draw inspiration from cities across the world that have undergone a transformation with help from digital technology.

Top 5 smart cities in the world according to the study by Juniper Research are Barcelona, New York, London, Nice and Singapore. Barcelona was a notch above other cities across all metrics, but it scored particularly high on environment and smart parking. Popularly known as Big Apple -- New York -- won brownie points for its smart street lighting and smart traffic management. London performed well on the technology and open data metrics. When it comes to cohesion between different agencies and environment, the French city of Nice scores high. On the metrics of smart city management and creative use of technology, it is Singapore that fares quite well.

If India is to produce smart cities of international standards, it has to judiciously invest in the right kind of technologies. It is only then can we create cities that are not only smart, but also sustainable and efficient. And this can only be achieved if public and private bodies join hands and work towards a common goal. 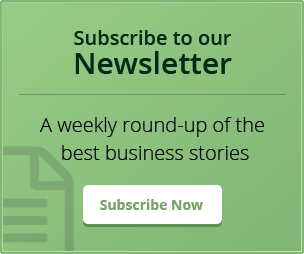 Transforming Cities Transforming India is a platform that looks at how innovative technology is changing India's present and future. With urbanization being the buzzword, newer cities are getting created and the infrastructure of existing ones is being upgraded. We look at the key challenges and opportunities that India's urbanization presents.